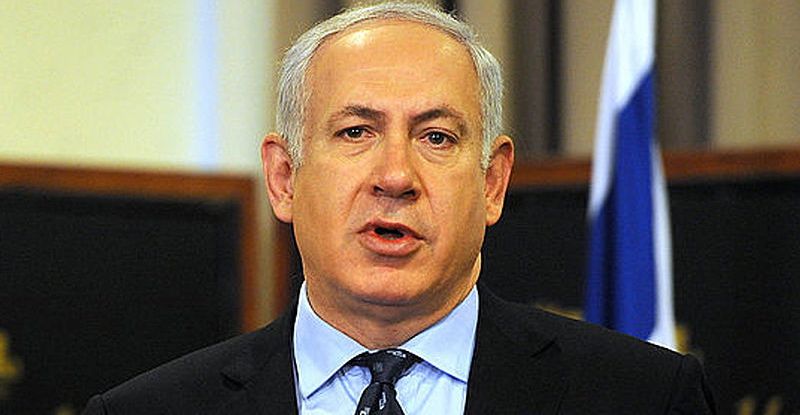 Jerusalem recently became the latest flashpoint in the Israeli-Palestinian conflict after the war in Gaza ended in August. At the heart of the simmering tension is Israel’s nearly half-century-long occupation of the eastern part of the city and a tug of war over the most volatile bit of this contested territory — the Temple Mount, or Noble Sanctuary as it is known to Muslims (the same spot that was the trigger for the second Intifada when Ariel Sharon paid a visit to it in 2000). In parallel with the rising tension in East Jerusalem, however, there has been increasing unrest within the 1948 borders among Israel’s usually quiescent Arab citizens—roughly 20 percent of the population.

As violent clashes between police and Palestinian protesters continued to rage in Jerusalem over access to the sacred site, the small town of Kfar Kana in the Galilee became the scene of a similar confrontation after a 22-year-old Arab man wielding a knife was shot and killed by police on November 8. Video footage appeared to show the man retreating as he was shot, and the incident, quickly dubbed Israel’s “Ferguson moment” by some observers, was enough to whip up the fury of thousands of Palestinians all too familiar with police heavy-handedness. Predictably enough, the recent actions of the Binyamin Netanyahu government are likely to fan the flames.

About a year ago, similar scenes of protest across Israel garnered international media attention when a “Day of Rage” was declared in response to the Israeli government’s plan to forcibly remove 40,000 to 70,000 Bedouin Arabs from their villages in the Negev desert. What this and the protests in Galiliee have underscored is a growing sense of frustration among the Arab-Israeli youth at their second-class status and the policies of an inflexible right-wing government. While the military occupation exposes the state’s racism in its crudest forms, within the Green Line a more refined, insidious type of institutionalised discrimination has persisted since the inception of Israel.

At the heart of this is the inherent contradiction between the country being both a Jewish and democratic state. Although Israel’s Declaration of Independence upholds “complete social and political equality for all its citizens, regardless of religion, race, or gender”, a litany of exclusionary policies and laws are at odds with this. Take, for instance, the three-pronged set of laws governing citizenship, absentee property and the right of return for the world’s Jews, which together have ensured Israel’s Jewish majority while discriminating against non-Jews and dividing Palestinian families.

And not only is structural inequality borne out in statistics concerning education and employment, but the very lay of the land — the contours of human settlement and urban planning — speaks of the state’s ethnic preferences and the massive disparities between Jews and non-Jews. Earlier this year Israel’s liberal daily, Haaretz, reported that the National Planning and Building Council, for the first time since the foundation of Israel, would consider plans for a new Arab town. In light of the massive investments in new Jewish towns and illegal Jewish settlements in the West Bank, and given the state’s determination not to recognise the indigenous land rights of the Negev Bedouin, one new Arab town seems little more than a token gesture. That an official report could try to pass it off as “affirmative action” is nothing short of tragicomedy.

Without even a pretense of attempting to diffuse the situation, Prime Minister Binyamin Netanyahu has shown only contempt for Israel’s Arab minority and for democracy itself, flippantly telling protesters to leave Israel for the West Bank and Gaza if they want to challenge the authority of government. Meanwhile, in an attempt to resolve ambiguity when the state’s democratic aspirations come into conflict with its Jewish character, the Netanyahu administration pushed hard to pass a backward-looking piece of legislation which would give greater weight to the latter.

If passed, the bill would define Israel as the “nation-state of the Jewish people” and would be incorporated into the Basic Laws, which in lieu of a fuller constitution effectively function as such. As things stand, the Basic Laws affirm the right to human dignity and liberty, but equality is not expressly enshrined and, crucially, a caveat to the Basic Law allows for the rights contained therein to be infringed upon by laws “befitting the values of the State of Israel, enacted for a proper purpose, and to an extent no greater than is required”. The new nation-state law would uphold individual rights, but again, equality would not be explicitly written into law and communal rights would be reserved for Jews only. The inevitable result of this bill, should it be passed, will be the further marginalisation of Israel’s minorities.

The country’s Judiciary has hardly been impervious to identity politics in the past. In a number of key rulings at least, it has prioritised Zionism at the expense of democracy and has played its role in entrenching the occupation. Nevertheless, the Supreme Court is still widely seen as a redoubt of liberalism, increasingly beleaguered but still democracy’s best safeguard against some of the most anti-democratic excesses of government. To their credit, judges recently earned the wrath of right-wing politicians for striking down racist legislation used to lock up thousands of African asylum seekers. The nation-state bill, however, will poison the spirit of the law, further downgrading Israel’s already fraught democracy and making it easier for discriminatory legislation to pass through Knesset and court.

The government’s decision to push the bill forward could hardly have been more ill-timed and has elicited a wave of condemnation. The opinion pages of Haaretz have been filled with articles decrying this latest assault on democracy, with one commentator seeing echoes of Germany’s Nuremburg Laws in the bill, and another warning that the effect of the proposed legislation would be to “turn all of Israel into the West Bank”. Conservative President Reuven Rivlin, who has earned respect from many on the left for his willingness to confront the less wholesome elements of Israel’s past and his principled stands against others on the right, said that those who framed the Declaration of Independence “in their great wisdom, insist that the Arab public in Israel not feel like the Jews felt in the Diaspora”.

But in the face of such widespread criticism, Netanyahu and his clique were characteristically obdurate. Far-right Economics Minister Neftali Bennet lashed out at the US State Department for criticising the bill, warning the US to keep out of Israel’s internal affairs, and bringing to mind a well-known quote by Moshe Dayan: “Our American friends offer us money, arms and advice. We take the money, we take the arms, and we decline the advice.” In his long career of pushing against democracy and subverting any chance of meaningful peace with Palestinians, there are few instances that embody Netanyahu’s narrow-minded chauvinism quite like the controversy around the bill. It is also hard to think of a surer way of antagonising Israel’s already restive Arab population.

The Prime Minister’s shaky coalition has now fallen apart, in large part because of internal dissent over the bill. But Israel’s drift to the right looks likely to continue. The Knesset is now set to dissolve itself and new elections are due in March, with current polls suggesting that Netanyahu’s Likud party will take the largest share of the vote. If Netanyahu secures a fourth term, this time with an even more extreme government, then we can expect more punishment for Palestinians and minority groups, fewer prospects for peace, and the rolling back of Israel’s already limited democracy.

Micah Reddy is a South African freelance journalist based in the Middle East. He was formerly managing editor at the Yemen Times in Sana'a and holds a Masters degree in African studies from Oxford University View all posts by Micah Reddy →