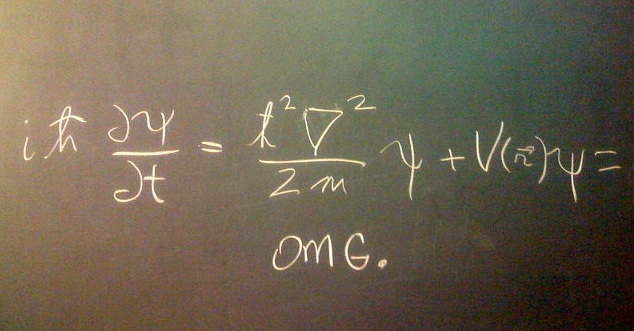 There was a social media storm recently after a Rhodes University lecturer used isiXhosa in a history class – and then told unhappy students it was their duty to learn the local language. A version of this event posted on Facebook prompted many discussions on issues of language, privilege and power. After two weeks of debate, the lecturer, Naledi Nomalanga Mkhize, explains the reasoning behind her assertion.

With almost 10 years’ experience in teaching and education activism behind me, having taught hundreds of students each year, one of the things that remains a mainstay of my career is that delicate combination of teaching through nurturing and through disruption.

Most undergraduates who arrive at university have had much school experience of nurturing, and very little experience of disruptive pedagogy. Lecturers are aware of this. We expect that much will be awkward in the first few weeks of university, and we delight in provoking and challenging students. It produces independent and critical minds.

Disruptive pedagogy is always context-specific – what one does at Rhodes will not be the same as what one does at Stellenbosch or Tukkies or Turfloop or the University of the Western Cape. Each of these institutions has a dominant culture based on their own histories and traditions of scholarship. What one does at Rhodes may not apply to another university. Certainly one cannot equate the use of a Sintu indigenous language in an African history course with the stubborn institutional use of Afrikaans at universities that once devoted themselves entirely to Verwoedianism.

It is a given in most humanities courses that lecturers will invoke other languages. The basis of our entire humanities tradition is in the study of language and literature. It is not unusual for lecturers to go off in a bit of Latin, Greek, French or German. Mostly, we launch into other languages with a hint of mischievousness, to shake undergraduates up a bit, to make them squirm a little so that after the lecture they head for the library or to the nearest third year student to find out how much they need to do, what they need to know. This is how independent learning is provoked. It signals to students, especially first years, that there’s a whole lot more than a textbook and an exam to university learning.

During one such episode, the students experienced what amounted to no more than five minutes of code-switching between isiXhosa phrases and English translations in a 45-minute lecture. Code-switching is a common practice in South Africa, although it seems unnecessary to have to make such a banal statement. Given our history, code-switching is used a method of social inclusion, not exclusion.

The topic under discussion, in English, was the question of evidence in the 1996 case of “a ‘sangoma’ who claimed that his dreams had pointed to him to where the skull of the murdered King Hintsa lay in the United Kingdom”. It is apparent to any African language speaker that the word ‘sangoma’ is inadequate once used in English. This is why I then code-switch into isiXhosa. I might say “eli gqirha lathi ithonga lakhe lam’bonisa indawo apho intloko kaKumkani uHintsa ilele khona”. I might continue to code-switch in English and isiXhosa – “Many black people in the Eastern Cape supported and agreed with him saying kuba kaloku thina maXhosa siyathonga” – and then code-switch back to English to translate –“because we Xhosas dream”. And so this little segment went for a few minutes.

This was perfectly relevant as we were studying theories and approaches to history. By introducing the isiXhosa, part of the mischief was to show the students what can happen when the historian needs translation. Not being a first-language isiXhosa speaker myself, the aim was to make the students aware of how tricky itias to write history when one has no sense or feel for a language.

I was in the middle of this (brief) code-switching class when I suddenly launched into a stern denunciation of “monolingualism”, and proclaimed the need for a new generation of African historians to come to grips with African languages. The reason it seemed sudden was because of the strange set-up of the lecture theatre. The lecturer has the advantage of being able to see and hear and lot more from the front (including not-so-hushed grumbles). Students, on the other hand, see less, because they are looking down at the backs of one another’s heads. Based on what I was hearing and seeing from the front, I responded in the manner I did.

Perhaps the students ought to use this as an exercise in and of itself about perspective, reality, ‘truth’, about how a story gets told, how institutional context shapes a story, whose reactions ‘create’ the story, how storytelling unfolds, how different experiences result in different narratives. The teacher in me can’t help but see it as a teachable moment.

One of the aims when I code-switch is to give students a direct sense that to produce good history takes effort, work, humility. Producing scholarship, engaging with it, is as much cerebral as it is a strenuous physical experience of grappling with languages one does not speak, and of course, with the people who speak those languages when they tell you their story.

In a country as torn apart by history, writing history takes knowing that you, your feelings, your discomfort, your personal world, is not the concern. You need to sometimes live with the uneasiness of being insignificant.

There are also deep implications for scholarship. As writer Amina Mama points out, the English word “identity” has no equivalent in many Sintu languages. What are the philosophical implications of this? In the 1970s, in his classic critique of the discipline of anthropology, the late Archie Mafeje pointed out that the word “tribe” does not exist in Sintu languages as it does in English. This was the same brilliant Mafeje the University of Cape Town refused to appoint in 1968.

Most students arrive at university with no idea of what has gone before them or what debates and developments are happening among scholars. They arrive believing knowledge is something stable and cohesive, which their lecturer will lovingly and passionately transmit. Within the first week, most of them will have this view of knowledge undone and disrupted. They will realise by the end of the first term that, in fact, there is major contestation, the space is robust, and they are being trained through all kinds of methods to engage, including through the supportive tutorial system.

So far, the majority of first-year History students seem to have taken up the broad intellectual challenge the department sets for them to become.

Where exchange students are concerned, most South African students will be shocked to discover that it is the foreign students who make the effort to sign up to learn indigenous Sintu languages when they travel to Africa. It is considered normal to want to study the local language wherever you study. It will also surprise South African students that they do not know much African history, because our schooling system gives them very little exposure, but this is not a disadvantage at Rhodes University because the university knows the limits of South African schooling, so we give them a basic survey of African history when they arrive.

It being the era of social media, the isiXhosa discussion has gone beyond the boundaries of the university. This is beyond my control. I have opted to not to engage deeply with the social media response because it has become Baudrillardian spectacle where there is no distinction between what happened, the students’ reactions to what happened, and the mediated discussion of what happened.

I am proud, though, to be in the only Rhodes humanities department where every lecturer has a PhD, a department that has the most diverse composition of staff, and where every lecturer is recognised or is gaining recognition for initiating new questions in humanities studies. Our major concern is to produce students who learn to advance knowledge and think out of the box.