“You have to use what you have to build what you want, and the only thing we had was our voices!” There’s quiet determination in Sibulele Makeleni’s voice as she tells the story of the Langa High School choir. The articulate 19-year-old in the matric T-shirt is the choir’s guiding spirit and lead voice; her powerful contralto often taking strikingly contemporary improvised solos on a traditional melody such as Mackay Davashe’s Laukutshon’ilanga.

That piquant mix of roots material and modern jazz approaches is one of the things that makes the Langa outfit stand out at the Cape Town International Jazz Festival’s Focus Schools Concert. Most of the other schools are singing and playing covers of modern pop tunes: Freshlyground’s Doo Be Doo is as roots as it gets. But Langa also stands out because the high school, from one of the city’s oldest and most impoverished townships – it was founded in 1927 – is not, in fact, a “focus school”.

In 2007, the Cape Town department of education established 10 arts and culture focus schools in an attempt to draw together adequate resources, talented pupils and specially trained teachers to create centres of excellence for cultural education. Space for such an initiative was created by the pre-CAPS curriculum, which gave generous hours and an integrative role to arts and culture subjects. The jazz festival’s training and development programme works with these schools for several months before the event each year, providing additional coaching and rehearsals in every skill required to stage a full public performance. The project culminates in a concert the week before the jazz festival, as well as workshops from visiting artists, and some slots within the festival programme.

“The instruments donated through by the department of arts and culture were old and always needed repairing. Some Langa jazz musicians gave their time to teach us, and some of those teachers even had to bring in their own instruments”

Langa’s route to the event was a little different. Creative arts teacher Antoinette Ndlovu explains how the school was approached by the provincial department of arts and culture in 2012, seeking to support a music project in Langa, initially at the Guga S’Thebe Arts Centre.

“We were struggling,” Ndlovu says. “We had about 15 learners who wanted to play, three horns and a handful of voices for the choir. The instruments donated through by the department of arts and culture were old and always needed repairing. Some Langa jazz musicians gave their time to teach us, and some of those teachers even had to bring in their own instruments.”

Over 18 months, the project pushed forward, impelled by the dedication of a few teachers. Cape Town Opera provided some co-ordination, then the High School Jam competition provided R70 000 from its takings to buy more instruments. The Institute for Music and Indigenous Arts Development (IMAD, which also hosts the Little Giants jazz band) took a hand. In 2014, jazz festival training and development co-ordinator Craig Parks hooked up with the school after hearing its a capella choir guesting at an IMAD workshop.

That’s where Makeleni comes in. “We like to do this because it’s our tradition and it’s unique,” she explains. “There are instruments in the high school band, but we enjoy using our voices to produce every sound in the orchestra. Some of our teachers have a jazz background, and that’s how our style – the way we mix jazz and traditional singing – grew.”

Makeleni composes too: “We create the lines with our voices, and then the other guys come up with their parts.” According to fellow vocalist Nobubele Fana, she’s also a strict choir mistress: “She makes sure we all gather in the Langa Jabavu back yards after school every day from about 3pm to 5pm.”

“Those of us who live there,” adds Makeleni, “stay long after that, too, if we’re not busy.”

Late night in Langa isn’t the safest place for young musicians (band members’ ages range from 14-19). Other players tell of muggings and instruments stolen, often to be melted down for their scrap value. It’s even less safe for young women moving home after rehearsals alone, something Makeleni is very conscious of. “We look after ourselves,” she says. “We stay together in one place, and we move in groups. And our parents support us. But sometimes they get bored: they say it seems we don’t do anything but sing.” She smiles: “But we do – we also study!”

Both Ndlovu and piano, bass and drums teacher Nelson Smous believe the music motivates students in their other studies. “We will change their lives. With music, you don’t need discipline; the music does it,” says Smous. He adds: “It does more than that. It brings parents and children together; the parents become proud of their kids.”

He recalls working in another church music project until the pastor left and the project lost impetus and funding. “I saw some of the boys I used to teach. They’re gangsters now, smoking drugs. I asked one of them why. He just looked at me – it was so painful – and said: ‘But you left us!’”

Makeleni is equally aware that music can offer a path out of poverty. “In future, we want to do music as a business,” she says. But with limited resources, there’s also a limit to what schools like Langa High can achieve.

The festival schools concert brings together an All-Stars High School Super Band, which gets opportunities to work with visiting jazz stars. To qualify, young musicians must have a good standard of sight-reading: a reasonable requirement, as the band has to tackle new material in short timeframes. Players from the designated focus schools have little problem with this, but, however talented, players from schools with less time for theory teaching struggle.

And the curriculum spaces for music are narrowing, too. Under the 2012 CAPS curriculum statement, music hours and the integrative role of arts subjects are reduced. The music curriculum is divided into three option streams: Western art music; jazz; and indigenous African music. While schools have theoretical freedom to adopt a mix-and-match approach, curriculum advisers and teachers report seeing many affluent schools retreating into the comfort-zone laager of Western art music with a little jazz thrown in, which gives their students more learning hours on aspects such as sight-reading.

Such artificial genre divisions are unlikely to foster spine-chilling jazz improvisation across the chords of Bazali Bam: the kind of thing the Langa High School choir take joy in devising. Makeleni isn’t planning to give up singing any time soon: “Music is what I’m living. It’s in my veins.” But she recognises, slightly sadly, that she’ll need more formal music training to take it further. “Today,” she says, “you can’t do anything without studying. Not even singing Nkosi Sikelel’ i’Afrika.” 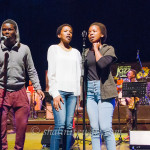 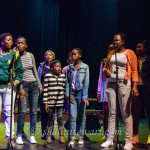 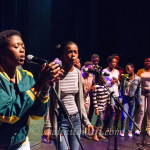 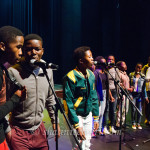 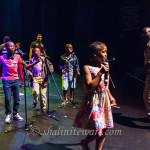 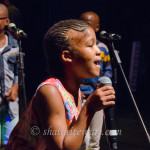