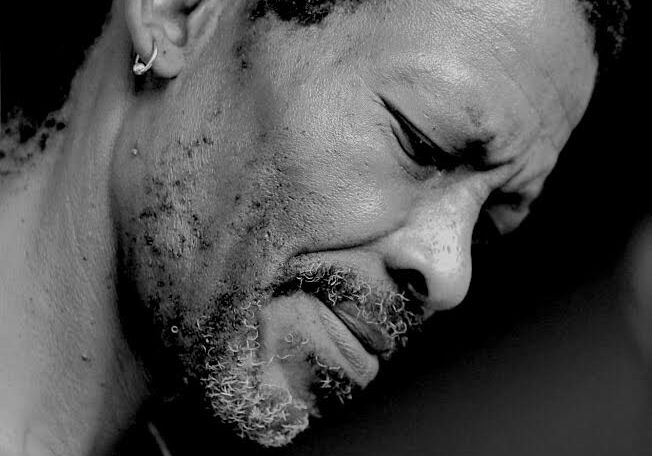 It is strange that it falls to me to write a eulogy for Peter Makurube. I am not the best choice. Bhut’Peter had many people who knew him much longer and knew his life’s work much better.

I knew Peter in the last decade of his life – a different, more cynical and more solitary time than the Monday Blues days.

In these days, one was more likely to find him at his flat in Beryl Court than at a gig, surrounded by books, his recently acquired (and already broken) specs perched on his nose.

“Write about what you know,” Peter always said to me. “You can know anything, but you can’t write about it until you know it.

“And do it honestly. You can’t go wrong”.

When I got to know Bhut’Peter, the shiny promise of the new South Africa was fast losing its lustre and the exciting underground music and literary scene in Johannesburg was being co-opted and sanitised by corporate SA.

The space for SA’s real rebellious spirits, its real artistic souls, was diminishing. But as others adjusted their expectations (and even their principles) pragmatically, Peter was steadfast in his idealism and purism. He would not dumb down; he would not sell out.

When I once tentatively suggested he could make good money if he charged an entrance fee for Monday Blues and got some sponsors, he just smiled and said the whole point of Monday Blues was that it was free and it was I who ended up feeling abashed.

For him, writing was not about being published. It was about building an archive. Peter interviewed many of our greatest public figures, famous or not, for hours.

“Keep all your interviews. You will need them one day,” he used to say.

For jazz lovers, the most memorable and phenomenal part of the film Sophiatown – which Peter co-produced with his long-term partner Pascale Lamche – was how he reunited all the surviving legends of the era for an unforgettable performance, caught on camera, bringing in Bheki Khoza to recompose the classics.

But for me as a journalist, it was the intimacy and honesty of the interviews that made the film unforgettable and stayed with me for months, years even.

Bhut’Peter told me he had said to Pascale that if she really wanted to understand that time and place and its protagonists, she had to do more than interview them for an hour or two. She had to live with them.

Peter was a walking encyclopaedia of South African and African history. He would sit at our kitchen table – drinking black coffee and smoking roll-ups –and conversation would go from Orlando Pirates to Nongqawuse; the Mineral and Petroleum Resources Development Act to Trevor Huddleston; Zimbabwe to the Blue Notes.

His thinking was rigorous and probing. When I had an intellectual knot I could not untangle, Peter was the person who helped me. He loved it (and would smile fondly) when I challenged his views. We could argue for hours and I nearly always lost.

He was always trying to help people. Sometimes this used to drive me mad, because he wouldn’t think twice about nominating me to help others, often in ways I was completely unable to.

But he was all about us making things happen for ourselves and for one another. His daily living example of black consciousness was more persuasive to me than any intellectual argument.

He died before completing what I think might have been his greatest work: a documentary about the life of Winnie Mandela, again working with Pascale.

To date, no film or book has really done justice to this complex person. I think Peter may have been one of very few people with the learning, life experience and empathy to do so, as well as to interrogate and disrupt our own responses to Mama Winnie’s life and example.

When he died, Mama Winnie said: “No, you can never be referred to in the past tense! I speak to you as I see you sitting here before me exchanging your wisdom, ideas and vision. Beautiful soul and son of the soil, in the same manner that you believed in us, the glorious people of South Africa and the diaspora, so do we in you.”

Franny writes about legal and constitutional things for Business Day. In her former life she was an attorney and clerked for former Chief Justice Pius Langa. She lives in Yeoville with her person and their daughter View all posts by Franny Rabkin →