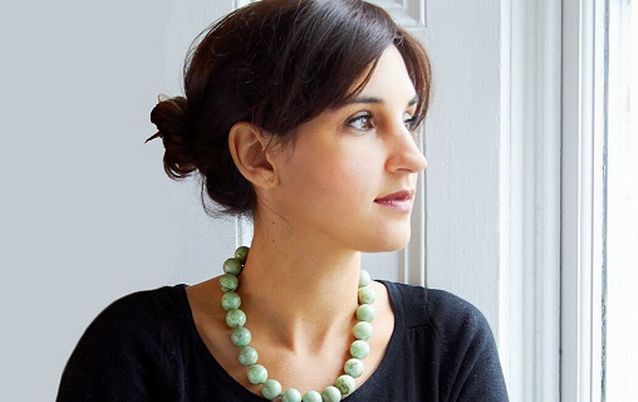 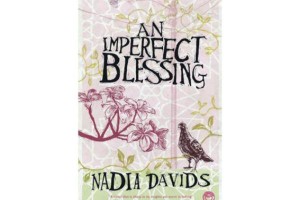 To read Nadia Davids’ debut novel, An Imperfect Blessing, is to understand more about the “coloured” community in Cape Town, through the prism of one family, in the years leading up to South Africa’s democracy.

One lesson you learn immediately is that because of the diversity that exists within that community, even the word “coloured” is rather meaningless. Perhaps it means many colours, or mixed-race, or Cape Malay, or black, or all of them mixed together? Nobody knows. So we’re stuck with “coloured”.

The book is set in two very contrasting periods in South Africa’s history. Part of it is set in 1986, a dark period of the height of the State of Emergency and a few years after the forced removals from District Six.

The other part is set in 1993, a period where, despite the problems in the rest of the country, people remained hopeful that the dawn of a new democracy would bring them a better tomorrow.

Navigating these two realities are the Dawoods, a coloured family who ended up in Walmer Estate after the forced removals. If you’re not familiar with Cape Town, this area is five minutes outside the CBD at the base of Devil’s Peak, overlooking Woodstock, Salt River and the sea.

This is a place where “wind-stunted shrubs and stooped trees leaned gratefully against five-foot tall graffiti commands to defy the state. Where old women sat on stoeps in faded house-dresses saying terrible things about their neighbours one day and weeping like hired Greek mourners at their funerals the next.”

Davids brings her prose to life with this kind of vivid, graceful language you’d expect from a keen observer. The aptness of her descriptions, her attention to even the smallest of details in the daily lives of these people, is refreshing.

It is here that we meet feisty teenage sisters Alia and Nasreen, their Muslim parents Adam and Zarina, grumpy grandmother Fouzia, their politicised uncle Waleed and his atheist white girlfriend Anna.

As you can imagine, given the periods in which the book is set, their worlds collide in ways both familiar and eye-opening.

There’s the fratricidal struggle – the brothers, Adam and Waleed, don’t see eye to eye when it comes to dealing with the country’s political situation. Waleed wants to be part of the struggle, to contribute, to help mobilise his community, to fight. Adam, the nonbeliever, wants to let things run their course, and, frankly, he finds the rallies tiresome, especially when protesters end up breaking private property like the windows of his fabric shop. Adam foreshadows the property owning class of today, the kind of people who, when others see protests, see only vandalism and upcoming struggles with insurance claims. His wife, Zarina, who leans towards Waleed’s politics, often acts as a mediator between the two.

There is also the matter of Alia and Nasreen, who, in the clutches of teenage angst and a need to rebel, look to their uncle with admiration.

Waleed, the aloof, weed-smoking, dreadlocked (to his mother’s dismay) revolutionary of the Dawood family, lives in Observatory with Anna. He is caught between loyalty to his family, who do seem to see the struggle in the same way he does, and his youthful conviction that he is doing the right thing by joining his friends in the movement, even though, to some comrades, he forever remains an outsider.

Waleed is the glue that holds everyone together. Whether it is through annoying his brother by dropping out of law school to pursue writing, by dating a white woman when he knows all his mother wants is for him to marry a Muslim girl, or his relationship with his nieces who seem ready to move the earth for him.

There is also Fouzia, the aging matriarch who has a difficult relationship with Zarina, even though they are civil to each other. Zarina knows that despite the animosity, she has it far better than Anna, whom Fouzia refuses to even meet.

Anna wants nothing more than to be accepted by her boyfriend’s family. But she is also her own whiteness and what it means to be a liberal in a country like South Africa. Her academic work on whether or not black bodies are fetishised in literature is not made easier by the fact that she might be doing the same through her relationship with Waleed.

“She [Anna] didn’t have the strident boldness of some liberal white South Africans with their bead-wearing, left-leaning, unapologetic professions of being ‘African’. Neither did she have the steely indifference of their conservative counterparts. Anna, in all her delicate, transparent guilt, was chum for everyone with even a bit of residual anger: she was soft and open to the horrors of the country she was raised in. And she had got there herself. No one in her family saw things the way she did. She had a hungry need to pay penance, to help repair things.”

Through Anna, we understand the struggle of white South African liberals caught between wanting to be on the right side of history and often failing, but taking it in their stride.

But she does all of this while never losing sight of the historical context in which these issues are taking place – apartheid and predemocratic South Africa.

An Imperfect Blessing is what you wish history books read like. It’s what you wish historical novels read like – easy, elegant prose that flows effortlessly from page to page. Keen observations on the daily lives of people during historical moments, such as the day Chris Hani died or the day Nelson Mandela was inaugurated in 1994. It’s all there, wrapped in beautiful, funny descriptions. The book is serious when it needs to be, but parts of it are hilarious. The last time I read an author that made me feel like this was when I read Zadie Smith’s White Teeth. It is no surprise that Davids was recently long-listed for the Sunday Times Barry Ronge Fiction Prize. An Imperfect Blessing is a gem.