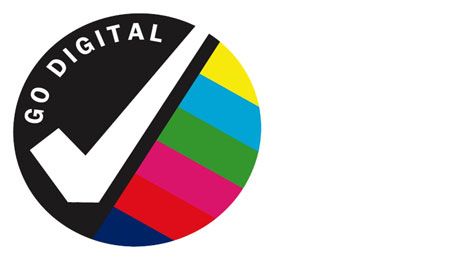 The June 17 deadline for all African countries to switch their television broadcasts from analogue to digital has passed, and South Africa has still not launched digital TV. But that doesn’t mean it’s not going to happen.

The switch from analogue – how you receive your TV signal now, using an aerial – to digital – where a decoder (and possibly a new aerial) will be needed – is expected to happen in South Africa over the course of the next two years.

When it finally does happen, digital terrestrial television (DTT) means more channels for consumers to watch. They will have better picture and sound quality, as well as value-added services such as an electronic TV guide, multiple language tracks and subtitles.

This can only be good news for our 12.8 million TV households, especially the 62% that rely on free-to-air broadcasters – the SABC’s three channels, e.tv and seven community-TV broadcasters. It’s the households relying on these channels that are most directly affected by DTT.

They will need to get a decoder (called a set-top box) and perhaps a new aerial to receive these channels in the future.

The migration of TV broadcasts from analogue to digital is one of the largest and most expensive public infrastructure projects ever undertaken in South Africa. The Con spent weeks poring over Department of Communications Budget Votes to track all the spending on the DTT migration. It has so far cost South Africa almost R8.5 billion, and is projected to cost the country a further R929 million until 2018.

A significant amount of that money has been wasteful expenditure because of failures in project management and delays caused by government indecision. Sentech has received R2.3 billion in funding, the SABC R2.3 billion, the Universal Service and Access Agency of South Africa (Usaasa) R1.6-billion, and the Universal Service and Access Fund (Usaf) R1.5-billion. So where has all this money gone?

The Story of DTT

DTT can be traced back to 2002 when Sentech selected the technology to run a pilot programme. Three years later, in 2005, former minister of communications Ivy Matsepe-Casaburri appointed a Digital Broadcasting Migration Working Group tasked with delivering a report on migrating South Africa’s television broadcasts from analogue to digital.

In November 2006, the group delivered its final report. Sentech was mandated by government to begin work on migrating the country’s broadcasting infrastructure in 2006, and in 2006/07, Sentech received the first transfer of funds from the Department of Communications to finance the migration process.

With the broadcasting digital migration policy and implementation plan almost complete by 2008, there appeared to be progress. The technical specifications for DTT set-top boxes and an incentive plan to subsidise 4 million of them were in the works.

Matsepe-Casaburri announced in May 2007 that a Digital Dzonga advisory council would be formed to assist her during the migration process. In 2008, the terms of reference for the Digital Dzonga were approved and the process for nominating the board was under way.

Meanwhile, the SABC was given R30 million to run a pilot DTT programme. In November 2008, the SABC launched a DTT trial in Johannesburg, Pretoria and Durban, and it ran until March 2010. In August 2008, Matsepe-Casaburri gazetted the Broadcast Digital Migration Policy and Cabinet approved it. The DTT switch-on date was set at 1 November 2008, with a targeted switch-off date three years later.

The 2009 Department of Communications Budget vote confirms that a “draft set-top box manufacturing sector development strategy” had been drawn up and would be finalised in the first half of 2009. The vote also announced the beginning of government transfers to Usaasa to pay for the planned set-top boxes. These transfers were set to begin in 2010, and would see Usaasa collect R400 million over two years in the first allocation.

In total to date, Usaasa has received R1.6 billion in transfers from the department.

The 2009 Budget vote also clarified the funding for the SABC, with R1.9 billion allocated to the SABC over three years, ending in March 2012. The vote states that these funds were for the launch and operation of the DTT migration channels, content costs, broadcast facilities and dual-illumination costs, and the delivery of public service channels and new services. Two months after the Budget, Matsepe-Casaburri died.

After the national elections in May 2009, Siphiwe Nyanda was appointed minister of communications. As it turned out, his tenure didn’t last long. One of his first moves was to launch the Digital Dzonga advisory council two months later in July. Around the same time, Icasa released its first set of DTT regulations.

In August, e.tv challenged Icasa’s first set of DTT regulations, and the authority soon withdrew them.

By February 2010, government was about to finalise the strategy to develop the set-top box manufacturing sector. The department was in the process of finalising the scheme to subsidise set-top boxes for poor households.

By April 2010, the department had thrown a spanner in the works, announcing it was reconsidering the technology for the set-top boxes. The broadcasting sector players lambasted former communications director-general Mamodupi Mohlala for her announcement that the Europeans were likely to abandon the initially preferred DVB-T technology. The outcry was fierce. Local industry had invested millions of rands in developing set-top boxes and running trials of European technology.

In April 2010, Nyanda dissolved Digital Dzonga, which he had launched less than a year earlier, citing conflicts of interest among industry representatives. He launched Digital Dzonga 2 in August 2010, just two months before he was  replaced as minister by Roy Padayachie, who was deputy minister under Matsepe-Casaburri.

By January 2011, Padayachie confirmed that government would be going ahead with DVB-T 2 technology, and that South Africa would complete its DTT migration by the end of 2013. The new standard required a revision of the DTT decoder to include DVB-T2 technology, which meant Icasa had to draft a third batch of DTT regulations.

According to the department’s Budget vote of February 2011, Icasa’s expenditure has increased from R236 million in 2007 to R300 million in 2011, and was expected to increase to R346 million by 2014, ascribing the increase to “digital migration and market studies to establish a competitive framework in the sector”. That’s another R110 million in regulatory costs that can be attributed to the DTT migration project.

A new deadline to submit the subsidy scheme for set-top boxes for poor households to Cabinet was set for June 2011. The department gave Usaasa R86 million between 2010 and 2012 to fund capacity building for the set-top box subsidy system. The budget vote makes reference to “monitoring” Digital Dzonga’s operations throughout 2011 and 2012, but within weeks, Padayachie would suspend the council’s work.

In November 2011, Dina Pule was appointed minister of communications. The following February, she published an amendment to government’s DTT policy, calling for Icasa to consider licensing new players in the free-to-air and pay-TV markets.

The department’s 2012 Budget vote reports that the development strategy for the set-top box manufacturing sector and the subsidy scheme for set-top boxes for poor households were submitted to Cabinet for approval.

In May 2012, Pule decided Sentech would handle the conditional access controls for set-top boxes, but e.tv wasn’t having any of it, challenging the ruling in court and winning in December 2012. In December that year, Icasa launched its final DTT regulations, as well as regulations governing the promotion of diversity and competition on the DTT platform in response to Pule’s amendment in February.

The following year’s Budget vote states that transfers to Usaasa for the set-top box subsidy scheme were not made as a result of delays the department experienced in finalising the decision on DTT standards.

The department was struck by scandal after it emerged in court that a contract was signed between TV production company Media Corner and it, with a planned expenditure of R756 million on advertising. This came out in court in 2014 after the Special Investigation Unit raided the department’s offices and seized its computers.

All the budget vote says of this is that the spending focus over the medium term would be on the DTT “awareness campaign”, which it reports was launched in October 2012. Advertising spend, it reported, had “increased significantly”, averaging about R5 million a month until 2012/13, when it jumped to R36 million and 2013/14 when it jumped again to R65 million, before falling to R45 million in 2014/15 and R46 million in 2015/16. These increases were attributed to the department’s DTT awareness campaign.

The department’s former director-general Rosey Sekese approved this spending even though the department did not have the budget for it and DTT wasn’t being rolled out yet. There were still no set-top boxes in shops. Media Corner was billing the department a monthly retainer of R988 000 without any billable activities.

Between October 2012 and November 2013, Media Corner submitted 15 invoices totaling more than R60.9 million. Between April 2013 and January 2014, a further R40.7 million was paid to Media Corner for the digital migration awareness campaign.

In July 2013 Yunus Carrim was appointed minister. Carrim had to hit the ground running and handle a broadcasting sector divided over the conditional access and encryption technologies, and whether they should be included in the 5 million free government set-top boxes.

By December 2013, Carrim had amended the digital broadcast migration policy approved by Cabinet, saying that conditional access should be included in the set-top box, but if broadcasters wanted to use the technology to offer pay-TV services, they had to pay to use it.

The department’s 2014 Budget vote states that Usaf was given R1.5 billion to subsidise set-top boxes, antennas and installation. Usaasa received R690 million between 2011 and 2014, and was set to receive another R700 million in 2014/15.

The department aimed to roll out 676 000 subsidised digital set-top boxes to subsidy scheme recipients by March 2015.

In May 2014, President Jacob Zuma incorporated the Government Communication and Information System into the ministry of communications, and appointed Faith Muthambi as minister. He also formed the Department of Telecommunications and Postal Services, and appointed Siyabonga Cwele as minister. A turf war over the DTT migration ensued for most of 2014, until Zuma stepped in and placed it squarely in Muthambi’s domain.

In March 2015, Muthambi gazetted a new amendment to the digital migration policy. Cabinet approved the amendment, removing conditional set-top box access. e.tv challenged the move, but the broadcaster lost in court a few weeks ago.

In June 2015 South Africa missed the international deadline for switching off analogue TV transmission, but government aims to make the switch in the next 18 to 24 months.

This article was produced in partnership with the SOS Coalition