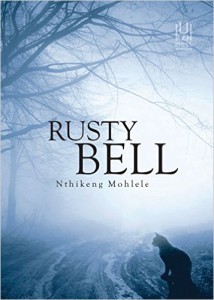 There have been many disgusting men in literature. Of course there is the obvious Alexander Portnoy from Philip Roth’s 1969 novel Portnoy’s Complaint, then there is the disturbed Patrick Bateman from Bret Easton Ellis’ American Psycho, and let’s not forget Humbert Humbert from Vladimir Nabokov’s Lolita.

Michael, aka Sir Marvin, a 48-year-old corporate lawyer with a troubled teenage son and a rocky marriage to Rusty Bell. He said to his rehab therapy group: “I will stop drinking one day, but for now I desperately need something to distract me from hanging myself.”

He’s a man who boasts about putting his therapist through, “depressions of various shades, gloomy suicidal streaks, two alcoholic phases that lasted four-and-a-half years, and a peculiar addiction to dangerous behaviour”. Michael admits his day job involves little more than scouring contracts for loopholes, but he is a wholly unsatisfied individual who decries the greed-driven world in which he lives.

Michael may be South Africa’s version of the disgusting man, but the ghost that hovers over the novel is French existentialist and writer Albert Camus. In an interview, Mohlele said Rusty Bell has four consciousnesses in the narrative: Michael as a child, as a young adult, as an old man, and as a “very damaged person”.

As the reader is introduced to Michael’s world, we learn that all is not well in the family home. Michael admits to having such “dark thoughts” about his son and wife that he has to take midnight showers to rid his “soul of impurities”. UKZN Press’ Debra Primo described Rusty Bell as “controversial” around the time of its launch earlier this year. She said the discussion about whether to publish it was “heated”, and said she personally didn’t like the narrator, Michael.

Michael is a deeply damaged individual, as Mohlele reveals gradually throughout the novel through glimpses of his past. Ultimately, Rusty Bell details Michael’s struggle against life. We pick up his story with the opening line: “I wrestled with life and lost.” Rusty Bell uses Michael to ask the questions about the nature of life and what it means to be human. It asks to what extent people have agency over their lives and what happens when fate intervenes.

Rusty Bell’s central purpose appears to be illustrating that the light is not the place for answers, because sometimes they are visible only from the shadows.

This is voiced in the words of Michael’s father, Frank, late in the book when he tells Michael “If there is one thing that you may consider learning, it is this: don’t spend your life chasing lights. Dance in the shadows – you will soon see the deceptions of light.”

But the idea is present in many places in the book, like this description of Johannesburg. “Seen from apartment blocks and other high-rise buildings, suburban Johannesburg is, in part, an expansive canvas of mansions on sloping hills, prostituting itself to an abundance of trees. The view is flattened by city lights come night, dissolving the landscape and architectural details into fuzzy yet picture-perfect, glittering so pretty it deceives the eye into seeing beauty. Once in a blue moon, power outages expose the picturesque illusion for what it is: a paradise indebted to light bulbs.”

The reader might judge Michael while standing in the light, but only if they haven’t yet stood in the shadows. By the end of the book, those boundaries are blurred, and Michael’s life has been lived in all its treacherous, messy glory across the 162 pages of Mohlele’s novel.

“If literature is straightforward, it’s boring,” says Mohlele. “In jazz that is why there is improvisation, because then you get uncomfortable.” Or, as Michael puts it in the novel, “great discoveries are often born out of catastrophic confusions”.

Mohlele says he looks to writers such as Roth and Gabriel García Márquez who can “write in puzzles”. He says Albert Camus writes about characters who reflect society to itself by not playing to the norms of what would be expected of a person.

Early on in Rusty Bell, Mohlele alludes to something that happened in Michael’s early life without explaining what it is until the end of the novel.

All Michael says is, “My introduction into this world, the universe of female bodies, was a rather traumatic affair.”

He uses this to justify going to strip clubs. Then later on, when Michael is speaking about his wife, he alludes to the fact that she has committed a crime against him, and this act was partly responsible for the “depraved, empty and unstable wretch” he has become. Mohlele hints at past transgressions but never reveals the full extent or lack of them until much later in the novel. The author is exploring the narrative of rape and abuse from the shadows, commenting on intimacy and its abuse within loving, committed relationships. He interrogates issues of trauma and psychological damage, whether the result of a real or perceived violation. Where are the lines between the threat of violation and actual violation? Where does the violation stop and start?

This novel could only have sprung from the hands and mind of a feminist. But Mohlele prefers not to use the word; he sees the text as a greater statement about humanity. “If I had to say this is a feminist slant, it would actually be reductionist. From just an overall gender balance kind of thing, I don’t subscribe to patriarchy. I think it’s wrong, and I think this comes out in the words of Frank [Michael’s dad], who actually thinks in retrospect that this was actually not right.”

At one point Frank, says to Michael: “We were lucky, my generation, in that the world had rigid expectations of women. Lucky is the wrong word. Perhaps it is better to say we benefited from the misery of our wives, sisters, mothers – because our times enforced their unquestioning suffering. ‘You are a woman. Master the household. Open your legs. Shut your mouth.’ Maybe not that crude, but the sentiment holds.”

Does Mohlele think people will be offended with the way he interrogates rape in the novel? “I think people would be offended, because rape is such a problem in our country. But I think readers are intelligent. There are a lot of woman who are raped within a marriage,” he says. “A woman will say ‘I’m tired’, and the man will say, ‘I’m married to you. Come here.’ That doesn’t make it right.”

When I tell Mohlele that I regarded Rusty Bell as the novel’s hero, he tells me how glad he is that it comes through. When Mohlele had similar responses from academics who wanted to interview him for essays on the novel, he said he started to doubt himself. “I didn’t expect that it would resonate in the way it has.”

Mohlele says Frank’s character at the end of the novel is, “a nice accident”, and that he brings balance to the book. “You don’t want a book that is just chaos. It needed some sanity.”

It is Frank and his wife Maria’s relationship that brings some light into the book.

Their love is described so beautifully by Mohlele as “a love that had learned to ridicule lack. A brazen kind of feeling, resolute, daring even, so ahead of earthly imperfections that it seemed otherworldly,” Mohlele writes. He says he wrote their section late in the process as a response to the novel being “a graveyard of despair”.

Does anyone in the novel have a job? And is anyone happy? “Dr West, Michael’s therapist,” replies Mohlele. “Why do you ask?” I ignore his question and ask if he sees people generally as wage slaves, trapped in their jobs. “Yes I do, “ he says. “But I don’t have a pessimistic view on the world. I am actually quite a jolly fellow.”

He says it is difficult to write characters who have been through troubled times and are not self-pitying. “They must hold their heads up high and still matter,” says Mohlele.