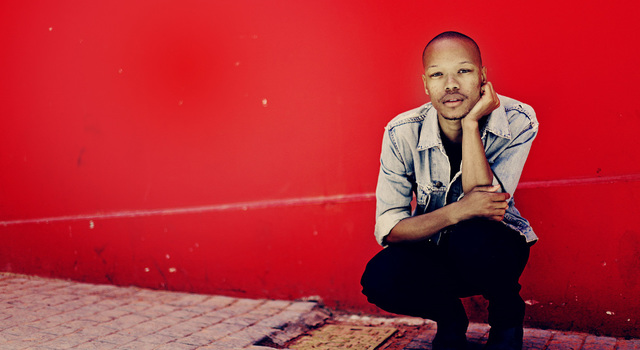 Nakhane Toure’s debut novel Piggy Boy’s Blues has recently been published by new Jacana imprint Blackbird Books and was launched on Thursday last week at the Keleketla Library! It has been described as a “distorted pastoral” and presents a portrait of a xhosa family living in Alice in the Eastern Cape. The novel is centred around the protagonist Davide M’s journey back to his hometown Alice. Today The Con brings you an excerpt from the novel. 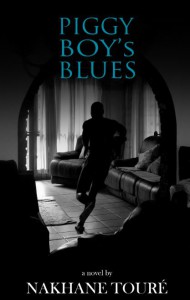 Riding on the wave of the good day’s glee I decided to leave the house and go to Settlers Park today. It has been years since my family left Port Elizabeth. I realised that I don’t remember street names, and some area names have been lost to me. I wandered through it as a visitor. I walked down streets that used to be my home with the eyes of a tourist.

I took a taxi to the bus terminus in Govan Mbeki Road. There, I opted against a taxi up Russell Road. The walk up was shorter than I remembered. When I was a child it seemed unconquerable, resulting in me taking little breaks along the way. Halfway up the climb, I turned to look at the distance I had traversed. There was the sea, a blue blanket bordering the city. It was as calm as a garden pond and looked so blue that from where I was standing it seemed as rich as velvet.

I walked up to Rink Street and turned left towards St George’s Park. Most of the stores I remember being there seemed to have been replaced by other stores. This unfamiliarity saddened me. Everything appeared to be a sadder version of what I remember it being. The cinema had closed down. Bankrupt. And it didn’t seem recent either.

I felt betrayed by my memory. As I walked on a clear realisation presented itself to me. Nothing is mine. We own nothing. Even our memories do not possess a semblance of permanence. So why waste our grief on things that have happened and will probably be remembered falsely?

All that is left is the skeleton, the things that cannot be moved: the streets, the actual buildings (some of which are also falling apart). But what gave meaning to my memories was mostly gone.

I rounded Park Drive and walked past St George’s Preparatory and Greenwood Primary. These were both schools that I attended as a child. The cricket ground stood to my right, looming large and permanent. Without an event or bustle, it looked like an abandoned amphitheatre, or a church building on a Monday. I was edging closer to Settlers Park when a frisson of childhood memory presented itself to me. Annually, we visited this park, learning about ferns, eco-systems and sundry subjects I have forgotten over the years.

Apart from a few men here and there in the car park, from where I could see the winding Brickmakers Kloof Road, the park appeared to be empty. I ignored a feeling of trepidation as I walked down the stepping- stones towards the picnic areas and the river. As I neared the flat grass of the picnic area, behind the bushes as one enters the valley, I could see three men. Two were engaged, and the other stood separate from them, watching. They exhibited no shame when they realised that they had been discovered. With pants gathered around their ankles, they kept their eyes fixed on me as I kept mine on them. We watched each other for a stilted moment before the one who had been watching the other two gestured for me to come to him. Without a moment of hesitation or thought I walked to him and he fell to his knees, unzipping and lowering my pants. They were held suspended just below my buttocks as he took me in his mouth. I diverted my eyes, fixating instead on the protea bushes that surrounded us. All was a blur of pink, orange, white and green. I stretched out my hand and held a protea, fondling and rubbing my thumb over its flower. The sky was wispy with white clouds and the sun radiated white and brilliant from a distance. Birds flapped above us and I was all focus and alertness. Different paths snaked around the shrubs and bushes. Benches stood permanent and empty. A sign that warned hikers of criminals gleamed vividly yellow and the river coursed its way through the park with sounds trebly, inconstant and inconsistent. Caught by surprise, I came with pulsating, heaving intensity. The man rose to his feet, wiping his mouth exaggeratedly. The other two were now watching us, their expressions lecherous, their hair flat and sticking to their wet foreheads. The man thanked me. I could not will myself to look at his face. I walked away briskly, still fixing my pants.