In the aftermath of Adolf Hitler and his toxic national socialism, selling apartheid to the rest of the world was a difficult proposition. Apartheid, a version of National Socialism, an ideology that had forced Europe to re-examine its bruised heart, was adopted on the southern tip of the “dark continent” when, in 1948,  the Nationalists (Nats) won the general election.

At the time the Nats took office, most of Africa was still under colonial rule, which meant there was no urgent need to varnish the apartheid government’s image.  That doesn’t mean the Nats did nothing at all. They “reorganized” the regime’s Information Office, a department  mandated  to produce booklets and other promotional materials lauding South Africa’s landscape, its fauna,  its flora and the new people in charge. To remain an ally of the United States of America and Britain,  Nat prime minister DF Malan sent the military off to take part in the 1950 Korean War and resisted pressure from his Afrikaner nationalist brethren to withdraw from the Commonwealth.

These moves were too much, too soon, as it turned out. For, as American journalist Ron Nixon writes in his book Selling Apartheid, “in the late 1940s there was actually little need for a sophisticated propaganda apparatus aimed at the great powers”. Vast swathes of Asia and even more extensive territory in Africa remained in the colonial grip of European states, so they were never going raise questions about race laws that could be thrown back at them. And until well into the 1960s in the US, there were laws governing whom you could marry, where you could eat and other miscellaneous social controls; at the time South Africa was either crafting or in the process of enforcing some of the ideas that even the United States was discarding. (The Civil Rights Act, the legislation that outlawed segregation, was passed in 1964.) Also, South Africa produced uranium, a mineral crucial to the nuclear age and nuclear arms race that the US wanted to dominate. So the apartheid mandarins needn’t  fret, then. 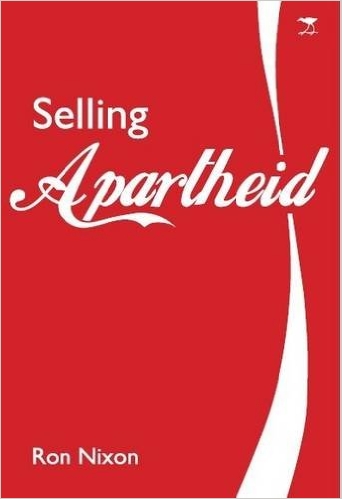 Of all people, Yergan made the biggest impression on a Fort Hare student, a certain Govan Mbeki, father of Thabo and Moeletsi. Govan Mbeki, who later became an inmate on Robben Island, often visited Yergan and accompanied him on his trips in the province. Yet Yergan soon became disillusioned with his work. His best efforts to uplift the black nation had come to nothing. “They continued to live in segregated areas; they were at the bottom of the pile economically; and they had few political rights.”

In 1936, in the face of the YMCA’s timidity and unwillingness to challenge the South African government, Yergan resigned from the organisation. On his return to the US, he teamed up with artist and activist Paul Robeson and the two formed a pan-African organisation know as the Council on African Affairs (CAA). On its committee, the organisation had such luminaries such as WEB Du Bois, Xuma and Nobel laureate Ralph J Bunche… Yet just a decade later, Yergan stepped into an FBI building, and volunteered to inform on his erstwhile colleagues at the CAA. Later, in the 1960s when his metamorphosis was at its most complete and astonishing, he said apartheid gave Africans “more dignity and self-respect.”

Not all those recruited for apartheid apologia fit into morality tales with neat heroes and anti-heroes, but Yergan’s case is easily the most perplexing. There are other cases of Afro-Americans (some of them with solid links to the civil rights movement) recruited to defend apartheid whose tales are not as startling as Yergan’s.

In many ways the architect of apartheid apologia is Dr Petrus Cornelius (Connie) Mulder but,  before him,  there was a diplomat, Eric Louw. Louw had been appointed information minister by J.G. Strijdom, in 1954, and was “credited with making the [information] ministry more proactive in defending the apartheid government from foreign attacks”. The information minister had realised he needed help, so he sought out public relations firms who lobbied and hired film companies who made soft, feel- good films about South Africa. Around this time, Harry Oppenheimer (then head of De Beers and Anglo American), together with Eric Gallo (founder of Gallo Music), established the South Africa Foundation, a private initiative meant to stave off sanctions and the bad publicity surrounding apartheid.

Mulder was appointed minister of information in 1971 and soon impressed his principal, the prime minister John Vorster, with his swashbuckling, militaristic style. For Mulder the propaganda offensive was a war in which he was willing to use any armament from his arsenal (“buy, bribe or bluff its way into the hearts and minds of the world”). His approach was multi-pronged. Using intermediaries, the South African government allegedly contributed $20 000 to Jimmy Carter’s campaign for the presidency;  sponsored a candidate in the Iowa senate election to stand against his anti – apartheid rival; tried to buy a major Washington newspaper;

When Mulder was appointed, the bad publicity facing the apartheid government was dire. In the global imagination South Africa was toxic. Even Nigeria, then just emerging from a civil war in which a million Igbos had die, ranked better than South Africa; the Ian Smith-led illegal regime in Southern Rhodesia, whose intransigence was about to result in an anti-colonial war in which over 50 000 people died, fared better; only Uganda, then under Idi Amin, was more notorious than South Africa.

If Mulder was the godfather of the programme, its theorist was Eschel Mostert Rhoodie,  a man who got the top job at the Department of Information at the age of 38. Rhoodie had published a book, The Paper Curtain, a propaganda manual that would set the template for South Africa’s information wars. He is quoted in Selling Apartheid saying: “I specifically said to [John Vorster]: I want you to approve, not an information asset, but a propaganda war in which no rules or regulations count. If it is necessary for me to bribe someone then I would bribe him or her. If it is necessary for me, for example, to purchase a sable mink coat for an editor’s wife then I should I be in a position to do so. If it necessary for me to send someone on a holiday to the Hawaiian islands with his mistress for a month, then I should be able to do so.”

One of the plans hatched was buying hostile publications. The target was South African Associated Newspapers, the publisher of the Rand Daily Mail, Sunday Express and the Sunday Times. When that failed, the information ministry founded The Citizen.

At the time the sports boycott movement was coming into its own, and that needed to be countered. The world-famous South African golfer Gary Player was asked to invite CEOs of American corporates to South Africa “for a game of golf.” In all-expenses-paid golf junkets, these executives would spend a week playing golf with Player. And we know how corporates love their golf. Later, Rhoodie gloated, “a personal invitation from Gary Player was worth ten invitations from the foreign minister.”

Whenever the anti-apartheid movement was limp, it usually got adrenaline shots from the Nats. The killings of June 1976 were tragic, but provided incontrovertible proof  to a skeptical world of the brutal regime in charge, and the damage from the slaughter had to be countered. The Nats hired Sydney Baron, a well-connected PR firm that soon had on its staff one Andrew T. Hatcher, the first black person hired on the White House press staff.  The “first black” credentials, to be sure,  were useful up to a certain point.  On one occasion, as Hatcher defended the killings in Soweto, a stunned white liberal remarked, “to see a black man defending South Africa for money is not unlike seeing a Jew hired by the Nazis.”

The Nats would have been pleased by the election, in 1980, of Ronald Reagan as US president and of Margaret Thatcher, in 1979, as prime minister of Britain (it helped that her husband, Denis, had South African investments). It was under Reagan that the ANC was placed on the US list of terrorist organisations; this was a period of increased intelligence-sharing between the two countries. Whatever intelligence the US intercepted was passed on to the South African Directorate of Military Intelligence.

I have tried to summarise the main points of a book of over 200 pages into a piece of under 2000 words, an impossible feat, I hear you say. I have highlighted some the key moments of the marketing of apartheid, an enterprise undertaken with the same ruthless efficiency that Coca Cola has been sold over the last century, Coke being the product on which the jacket of Selling Apartheid is based.

Selling Apartheid is chronological, moving through the decades, showing how with each passing decade the stakes were raised and the propaganda war upped its ante. The book is crisp and lucid, written in an accessible journalistic style. Unlike some books written by journalists, the book has a scholarly bias. It draws from scholarly research of declassified documents, archival research and  interviews with some of the key actors.

It is a compelling read on the hundreds of millions in dollars used to deny the humanity of the South African people. As anti-apartheid scholar and activist Sylvia Hill argues, the effect of all these campaigns was to delay the inevitable. “In the end, there is no doubt that they were able to delay things. They didn’t succeed, but they did manage to create confusion and allow the government in South Africa to survive a little bit longer than it should have.”