DJ Marfox, aka Marlon Silva, is, at 26, the king of Lisbon’s new dance-music scene called batida. This genre has over the past few years shifted from informal parties in abandoned buildings on the peripheries of Lisbon to hip clubs in the city and dance floors across the world.

Lisbon has an urban population of just over half a million people and a metropolitan population of more than 3 million. An influx of African immigrants from former Portuguese colonies in the 70s and 80s caused the need for urban housing, and so housing estates were built on land far from the city with no transportation routes. Here African immigrants were left isolated and marginalised, and it was out of these housing estates that batida was born.

So what is batida? Marfox spends most of his interview with The Con making sure the issue of genre is understood. It seems there has been a lot of lazy reporting that has described Marfox’s music as a derivative of kuduro, the hard-hitting Angolan dance style that has gone global. But Marfox explains that the music of the current generation of producers from the Lisbon housing projects is batida, which translates as “my beat”, or “my crew’s style of beats”. 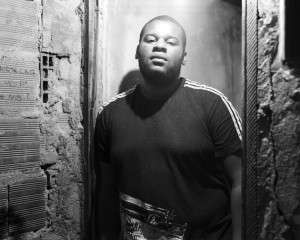 Marfox kept emphasising that this music is unique to the housing projects of Lisbon. “It is a pure sound, it comes from the ghetto. It’s our own,” he says. In the Lisbon scene, a unique voice or style is crucial, but there is a melting pot of influence behind this batida sound. Kuduro is definitely there, as are other African genres such as kizomba, funaná, zouk and tarraxinha.

Marfox downplays any Western influence. He admits to listening to Carl Cox when he was young, but in the main, exposure to Western house and techno is almost nonexistent for young Lisbon producers. Marfox insists young producers don’t need to know the history of house and techno to make batida.

“There are a lot of different sounds that are coming out of Lisbon now – it’s great, all these new voices,” says Marfox. “I knew this music could take over the world. I didn’t know how to get it out of our neighborhood, but I am not surprised that people are showing the music love. Most of my audience are immigrants, but the mainstream Portuguese audience is just now starting to pay attention.” 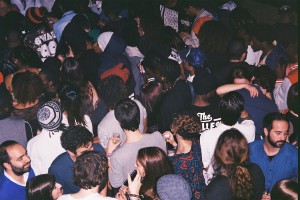 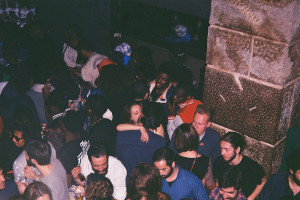 They are not the only ones. One of the most credible electronic music labels in the world, Warp, has come knocking. Warp Records was founded in Sheffield in the United Kingdom in 1989. It soon became one of the hottest labels in dance music, releasing early works by artists who have since become iconic figures such as Aphex Twin, Autechre, LFO, Boards of Canada, Nightmares on Wax, Plaid and Squarepusher.

In the past few years, Warp has signed a younger generation of hip producers such as Flying Lotus, Gonjasufi, Hudson Mohawke, Oneohtrix Point Never and Rustie, but has also branched out by signing South African producers such as Pretoria house guru DJ Mujava, whose Township Funk was a global dance floor smash in 2008, and Nozinja, the king of the genre that is now known as Shangaan Electro, whose new album, Nozinja Lodge, was released on the label in June.

In April, Warp released the first in a three-part EP series called Cargaa, which profiles Lisbon’s batida sound. When announcing the series, the label said it was “inspired by the sheer amount of incredible young artists in and around Lisbon”. “Cargaa” is a popular slang term among Lisbon’s young producers, which roughly translates as “hot and heavy”.

Cargaa 1, which focused on batida’s high-profile names such as Marfox and DJ Nigga Fox, was followed in May by Cargaa 2, which featured a crop of emerging producers such as DJ Lilocox, Nidia Minaj and DJ Big Vado; and in October, Cargaa 3 was released featuring the likes of DJ Dotorado, DJ Babaz Fox and the batida pioneer DJ Nervoso. 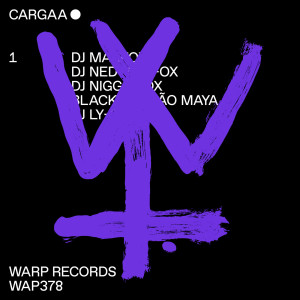 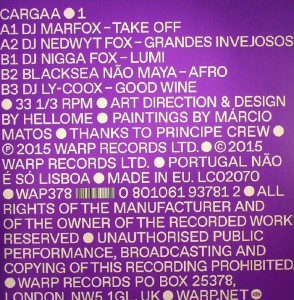 On Cargaa 1, Marfox offers up a intricate percussive banger called Take Off, which feels like it comes from a dance floor in another space-time continuum where South African gqom, Chicago acid house and Angolan kuduro have been making sweet sonic love for decades. Nigga Fox’s offering, LUMI, sounds like a house production from Angola projected through the prism of the UK’s pioneering instrumental grime scene of recent years. They are both intimately familiar for those with a knowledge of the past 30 years of electronic music, yet at the same time manage to offer up a sound that is highly original and fresh to dance floor-bound feet and insatiable ears.

Aside from the big names, Cargaa 1 also features stellar tracks from up-and-coming producers such as DJ Nedwyt Fox, whose Grandes Invejosos is a rave anthem that deserves to have dance floors the world over heaving, even if this is the first time most people have heard of him. 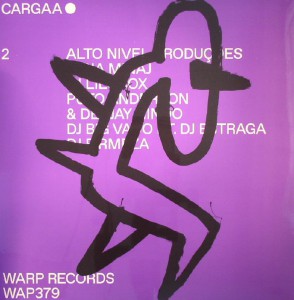 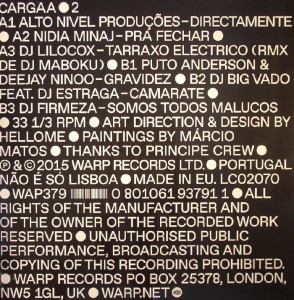 Cargaa 2’s highlights include 18-year-old Nidia Minaj’s Pra Fechar, which sounds like an early Michael Jackson funk number edited and remixed to within an inch of its life by some banging distortion-ridden Angolan sound system. It’s digital funk heaven. DJ Maboku’s remix of DJ Lilocox’s Tarraxo Electrico is sex music of the highest order – one can imagine the youths of Lisbon’s housing projects getting down and dirty to this number in ways that would make their parents blush. 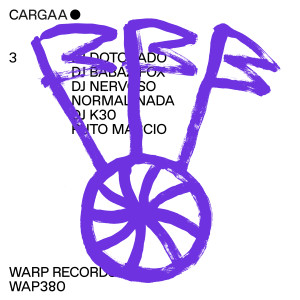 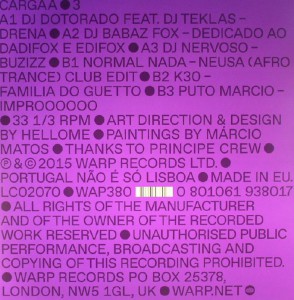 The highlight of Cargaa 3 is DJ Nervoso’s Buzizz, a banging beat that is sure to get the hips swinging, with sirens suggesting its industrial production. Nervoso is universally hailed as one the of the early pioneers of batida because of his creation in 2004 of his own versions of tarraxinha, an genre and dance that originated in Angola in the mid 90s.

Joining Nervoso on Cargaa 3 is Portuguese producer DJ Dotorado, whose African Scream has had dance floors heaving for several years. His track Drena on Cargaa 3, which features DJ Teklas, is another monster, blending R&B with batida to create a slick, funky party starter.

But singling out songs on Cargaa 3 feels redundant, as Normal Nada’s Neusa (Afro Trance) Club Edit and K30’s Familia do Guetto both also hit the sweet spot. Cargaa 3 may the best of the three releases, and although Warp has announced it is the final in the series, let’s hope it sees sense and brings more of these glorious beats to the world.

Something incredible is happening in Lisbon, and the world’s dance floors are all the richer for it.