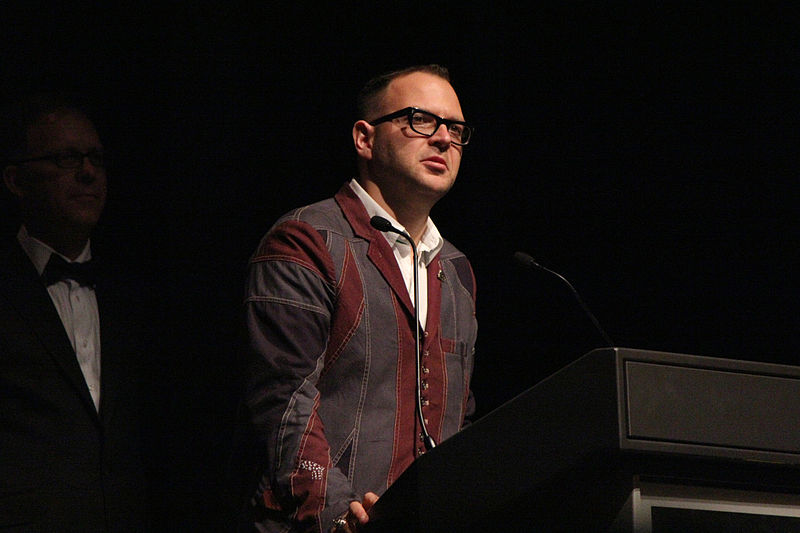 The 2015 Hugo Awards spat illuminated a particularly ugly corner of science-fiction, where Anglo-Saxon males scuttled together in fear of difference. Debates over that variety of conservatism have dominated the discourse for a while now, possibly leading us to forget about the other kinds that have long infested the genre: scientific elitism and an impatience with democracy; the assumption that biology is destiny; and a ruthless societal application of Tom Godwin’s 1954 Cold Equation – that for ultimate survival, innocent lives and moral principles may all need to be binned.

If you’ve forgotten how distasteful that blend of views is, you can refresh your memories in Neal Stephenson’s new work, the 700-odd-page SevenEves. Stephenson is one of the poster-boys for Project Hieroglyph, an initiative of Arizona State University to support writers in creating positive, optimistic science fiction (and, by implication, influence public and policy-makers in more tech-friendly directions, from which dystopian tales may deter them).

The UK Guardian’s Damien Walter notes that the first volume of short stories from the project “returns again and again to the idea of lone industrialists and entrepreneurs fuelling innovation, without effectively addressing the real-world greed and exploitation practised by these competent men.”

So it is, too, with SevenEves.

On page one, in possibly 2015’s best opening line, “The moon blew up without warning and for no apparent reason.” With Earth facing destruction, and a White House in the grip of rogues and knaves – including a female president only a nano away from full-blown batshit insanity – one hero of the novel’s first third is a tech billionaire who uses his fortune and volunteers for hands-on martyrdom, taking care of some big ideas for salvation that the world’s governments have ignored.

SevenEves is essentially an ark (generation starship) novel, even if most of those generations are elided by the line, two-thirds of the way through, “5 000 years later.” But to ensure humankind’s survival, a few decisive steps are needed. Venezuelans, for example, have to be nuked when they blockade a launch station demanding a more democratic selection process for the ark. The world’s ruling elite worked through the cold equation and that was the only solution. But, as Cory Doctorow reminded us in a 2014 blogpost, fiction writers selectively create the circumstances in which certain decisions ‘must’ be made. “Stories about how we can’t afford to hew to our values in time of crisis are a handy addition to every authoritarian’s playbook, a fine friend of plutocrats, and they reek of self-serving bullshit every time they’re deployed.”

(It would be one of those pesky left-wing nations making trouble, wouldn’t it? Just as it would be the left-leaning Greenpeace, a few chapters later, casually vilified in passing for destroying a genetically engineered grain hybrid the ark might need. Oh, and at the end the baddies are dubbed “Reds”. Probably just coincidence.)

Without too many spoilers, the survival of humankind eventually depends on the wombs of seven women: the ‘Seven Eves’ of the title. Up to that point, they have been smart, skilled, literally commanding role-players in the story. There are all kinds of problems with how Stephenson writes them as women, but no more than with how he writes every other human being: most of the characters are either simply there to represent viewpoints, or are crude essentialist stereotypes to tick the diversity checklist. The female Russian astronaut is a butch lesbian with a platinum buzz-cut and beautiful deltoids; the South Asian Moslem woman is shy; the East Asian captain is a perfectionist; the Afro-Caribbean biologist doesn’t enact or express much that speaks of her heritage, but she does bequeath to her descendants what Stephenson chooses to describe as “woolly” hair. Eventually the seven women are reduced to their biological destiny as breeders so that the geek can inherit the earth.

The stereotypes persist for five thousand years, with each woman’s offspring the founder of a new race within humanity. And while Stephenson’s sociological explanations of how difference hardened into antagonistic ‘race’ is thorough, it rests on essentialist assumptions – none bigger than the notions of designer races and of the validity of race itself. That is only the last and largest of what feel like deliberate refusals throughout the book to engage with the ethics and politics of decisions.  (Even that brilliant opening sentence neatly sidesteps all the questions about the book’s stance that might have been provoked by a human-triggered Armageddon.) The sociology is nothing like as convincing as the physics and engineering, leaving a myriad ‘buts’ and ‘whys’ dangling.

Physics and engineering abound – so much so that some reviewers have expressed fears readers may lose patience with lengthy technical expositions. But even if you aren’t an avid reader of Model Engineer, Stephenson’s clear, imaginative explanations of how bits of the ark are welded together, or of the wonderful conceits of boluses and whip-like chains as structural, rendezvous and propulsion mechanisms could be fascinating, if only there were a few nuanced human characters to care about too.

The final third of the book, in which later generations return to the New Earth they are reconstructing, is worth wading through the tech for. The quirkier side of Stephenson’s grand-scale imagination gets full rein here, and while the characters remain cardboard, the pictures his words paint are thoroughly entertaining.

Still, though, they remain founded on those essentialist, elitist assumptions about human nature and human societies, which are deeply embedded and uncontested. SevenEves shares many themes with Kim Stanley Robinson’s Aurora, but in the latter book everything is up for debate, with complex characters who are as committed to their notions of right and wrong as to their plans for welding a tight join. Robinson recognises, as Stephenson does not, that politics is not merely something that gets in the way of science, but part of what makes us all – scientists and the rest of us – human.  And it’s ironic that without that element Stephenson’s commitment to “optimistic”, heroic visions of the future ends up so darn dystopian.

There’s a wonderful scene in the concluding volume of Anne Leckie’s multiple award winning Ancillary series where the alien translator, Zeiat, plays with a tray of cakes. That sounds innocuous, were not the Presger, Zeiat’s makers, a terrifying presence in the series, capable of annihilating the universe on a whim. They grew the translators from human DNA and unknowable other ingredients, to conduct negotiations around treaties. So the translators are almost human – but capable of, for example, unhinging a jaw and swallowing a whole unshelled oyster with little more than mild indigestion.

“She swept the cakes off the tray and on to the table and made two piles of them. ‘Now these,’ she said, indicating the slightly larger stack of cinnamon date cakes, ‘have fruit in them. And these…do not. Do you see? They were the same before, but now they’re different…”

Zeiat continues to mix and re-categorise the cakes: the same before; now different; different before and now the same. On her first visit to this world, she talks through her learning of it.

Thematically, it’s the holding scene for the whole book. Leckie’s narrative arc meets its obligations: main protagonist Breq completes her struggle against the murderous, schizophrenic Radchaai tyrant Anaander Mianaai. For space opera fans, there are more gripping running battles through the corridors of Athoek Station and edge-of-your-seat ship battles. The deadly Presger pistol Breq has been hoarding to finish off the tyrant does get used: more than once.

Leckie is a consummate wordsmith, and the book is as packed as previous volumes with riches of description, action, nuance and wit. Zeiat, who becomes addicted to fish sauce, is not merely a carrier of symbolism but also a wonderfully comic creation.

But none of that is what the book is about. For Breq has been living with a dilemma through the series. As the last fragment of a ship-mind, but also an ancillary – a ‘corpse soldier’: a captured human repurposed with artificial intelligence and augmented fighting hardware – Breq’s constant dilemma is who – and what – she is. Those around her treat her differently, depending on what they know of her history. Those she works with most closely – sidekick Seivarden, and the soldiers on her new ship – increasingly cannot help but view and treat her as human, whatever they know. “None of us, sir,” says a ranker on the ship, “would ever call you it.”

Breq may be changing and making her calculations differently, as she becomes aware that she is not merely liked, but perhaps loved, and has friends rather than colleagues and subordinates, and sees the consequences of that.

And if Breq and attitudes towards her can change, what does that say about the nature and status of other artificial intelligences and ancillaries and – in the class- and status-ridden society of the Radchaai Empire – about former slaves, and subject peoples?  Seamlessly Leckie moves the micro-dilemmas of human identity (which turned on gender in the first book, and class in the second) to the macro scale, making them the most important political question on which the plot of the series turns. Throughout the book, entities that were the same become different, and those apparently different become the same. Although Ancillary Justice deserved every award it won, this, the series conclusion, is even finer.

Image: Cory Doctorow at the Hugo Awards in 2010.