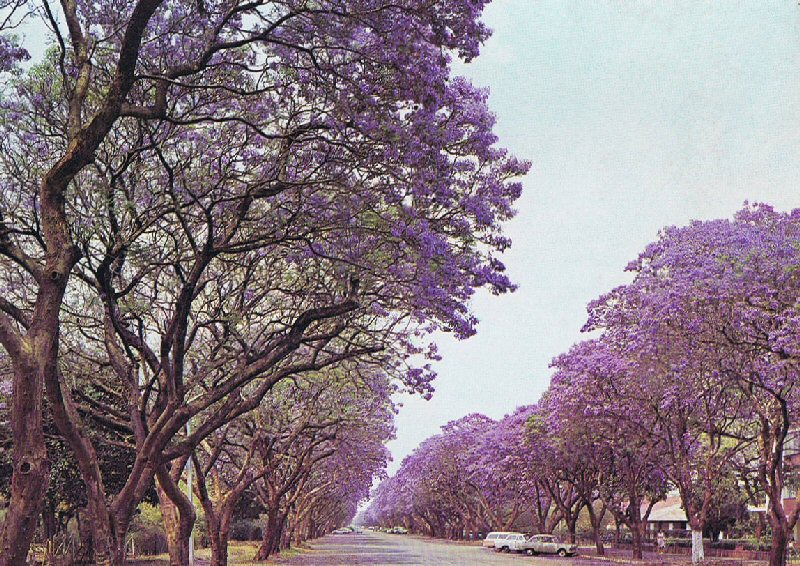 “Ever any madness in your family?” – Joseph Conrad, Heart of Darkness

Harare’s streets are expansive. It is as if the god of metropolises, while handing out talents to cities – gold and tsotsis to Joburg; sand to Gaborone; racists to Cape Town; 419 scammers to Lagos – could find nothing to give to Harare and so decided to give it wide streets.

Harare has its wide streets and its rumours.

It is onto these endless avenues that people ejected from the factories are eeking out a living as vendors, beggars, touts, waste collectors and tramps. The border between being a hard up tramp or madman in Harare has become very thin, a disputed one even, one you constantly hop over.

As you jump this border, one day this way and the next that way, you are also wondering whether the ragged figure in front of you with the jute bag filled with Harare’s trash, and clobber with layers of grime is a tramp who has fallen on really bad times or someone who has lost it.

Every thing I know about madness is in dispute. In the 1980s, when I was growing up, it was always easy to tell the person whose head was not correct. We thought he spoke animatedly to himself, he walked throwing around his hands a tad madly, and he laughed by himself.

While sitting outside my block making small talk a man stopped by to chat to one of the group. He lived rough. He was filthy. It must have been ages since he last slept in a bed. The only roof he slept under was the sky itself.  When the wind blew our way, there was a slight smell, as if the odours imprisoned under his clothes were frantically finding freedom. You could tell he hadn’t had a bath in a while. But it wasn’t his unkempt look that grabbed your attention. It was his eyes.

When he looked intently at you, he did so with a squint as if he was looking at a blinding flashlight that was directed at his eyes. The eyes, red and swollen, were oozing a watery mucus. Whatever condition he had, it looked like a treatable one.

I am not sure, but I think had seen him a few times before this, lying in ditches or pavements high on some cheap colourless kill-me-quick liquor, which sells for as little as 50 cents (about R8). I might have seen him walking around carrying trash: old cans, beer bottles, assorted plastic and thought he was one of the people who had been ill-treated by Harare and who now saw the city with the cushion of a mad haze.

You can imagine my surprise to realise that far from being mentally ill, he was sane, he had once been married, even had kids, used to have a job. So how had he been reduced to this? How had he joined the ranks of people who live outside of Harare’s time, outside its bubble, outside its things-are-tight-but-I-have-to-soldier-on-resilience, its provincial pretensions?

How had he been reduced to this, to live in the city’s folds, forever hanging in its shadows, exchanging foul odours with the city of Harare? How come he was trading now, trading primal, earthy whispers at the dead of the night with the city of rumours, the world’s rumour capital, when everyone else was comfortably tucked away, the rich in their mansions and the less so in whatever they call home?

He was chatty, had a way with the oily language of the street and that held an audience spellbound. He was sharing the details of his life, his broken-down marriage, the rough life of the streets, in that unguarded way you don’t see so often in Harare, where everything is said in code or in whispery tones.

He lived close to nature, he slept in the open, he ate there, he peed on the trunks of trees. Unlike his ancestors, he doesn’t have any of the comforts of nature, he is at its mercy.  He doesn’t have the fruit bounties of the muhacha tree, nor the musawu, all he has in this cursed city is the jacaranda tree and its annual purple rain. If you see how ubiquitous the jacaranda tree is, you would think that it has always flourished in these lands.

More jacarandas are waiting to be born if a snatch of dialogue I caught is to be believed. A taxi tout was peeing onto a jacaranda tree when another of his kind said to him, “Anytime now we will hear this tree is pregnant and we will know its your baby.” The thought of one more jacaranda in this city is enough to drive you mad.

Maybe like those of the Gumbo (leg) totem, the madyira pazhe, he is condemned to live in the outdoors, at the mercies of nature and the political elites. One day, he recalled, he was rounded up together with sex workers (when sex work was illegal), other tramps, gunduru, in the parlance, and packed in cop mobiles and driven out into the country, as free labour on the  prazeros of the nationalist elites.

It was hard work, he said, and after a few days of working on the farm, perhaps missing his freedom, the city and its wide streets, and the jacarandas he ran away. He was laughing as he said this, as if he, like the hare in the folktale, had managed (again!) to fool the system.

Yes, the laughter not of the demented, but of the trickster who has won against the odds.

Photograph is of Montagu Avenue (renamed Josiah Chinamano Avenue at independence) in 1975.

2014 Ways of Being Here, Real Politik