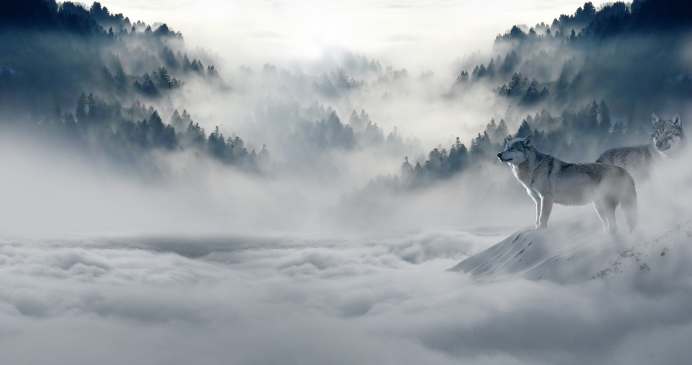 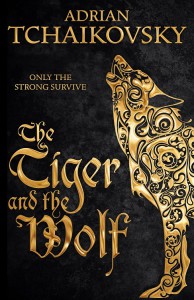 Harry Potter author J.K. Rowling stirred some controversy recently with her appropriation of the sacred Navajo Skinwalker tradition in backgrounders posted for the movie Magical Beasts and Where to Find Them. The Con readers, hardened to Western generalisations about the mythically homogenous group labelled “Africans”, will not need the offensiveness of her similarly generalized “Native Americans” explained. Crude stereotypes employed by Western writers as plot props, implicitly relegating living cultures and beliefs to the status of exotic fantasies? We see them every day.

Rowling has not responded to the controversy, but some Potter fans have churned out the tired old argument that “writers can write about whatever they want”. (Of course they can, but that does not exempt them from dealing with responses and consequences.)

There is an important difference between appropriation and inspiration. The former pops up too frequently in fantasy – for an African example, check Star Wars writer Alan Dean Foster’s use of East African Shetani traditions in his 1986 novel Into the Out Of, complete with a pair of white saviours from Washington to bundle the Dark Continent horrors back where they came from. Yet although Adrian Tchaikovsky sets his latest work, The Tiger and the Wolf, in a world resembling the Americas, and although shape-shifting is the engine on which the plot turns, it’s not something he can easily be accused of. Rather, the book illustrates beautifully what taking realities as inspiration means.

Dual natures have long intrigued Tchaikovsky. His previous 10-volume series, Shadows of the Apt, ranged over a huge world peopled by fictional races (“kinden”) with the characteristics and aptitudes of insects. It began as a gripping and fascinating read. The writing stayed gripping, but by the concluding volumes there were so many countries, characters and back-stories, so much engineering and magical lore, so much insanely detailed world-building clutter, that readers needed a wiki to keep track of it all. Vivid action is one of Tchaikovsky’s strengths, but it’s hard to stay gripped by a battle when you have to keep stopping to look up who’s who.

The Tiger and the Wolf is Shadows of the Apt passed through a refining fire. The dilemmas of dual natures, the gripping action and strong characters remain; all but the essentials of the world-building stay where they belong – in the writer’s head.

A somewhat American ancient world stretches from the bitterly cold North of wolves, tigers, bears and boars to a lush South of crocodiles, jaguars and serpents. All adult humans have the ability to shape-change (“Step”): their polities and belief systems are defined by the animals they become. Some have the ability to invoke stranger, more ancient beast-shapes: the Champions of their clans.

Maniye is the child of a Wolf chieftain, born from his rape of a royal Tiger captive whom he then had killed. She carries a dual nature; wolf and tiger vie for supremacy over her gift. But Tchaikovsky captures other, more human tensions within her: she is a child of violence, half-despised by her clan kin for her origin and mixed blood; half-treasured for her potential usefulness as a dynastic tool. As she breaks away from her role as a pawn, she learns more not only about her own nature but about other peoples and their societies. At its core, this first volume is a coming-of-age journey tale. Pervading the whole is a beautifully realized sense of a world teetering on the edge of change: not – at least in this volume – our old cliché friend, the Ancient Evil Rising, but changes in social organization, alliances and beliefs. Wolves are conquerors partly because they have the secret of working iron. What might happen if that technology becomes more widely understood? At the end of the book, some Iron Wolves are about to head South. What then?

Readers of Shadows of the Apt will recognize some of these themes from that series, including tensions and complementarities between magic and technology. Here, they are more finely-drawn. With a smaller cast of characters, there is more space for character development and for the various voices to express their thoughts and reflect on their experiences. While the world of that series, even in its handling of magic, was terse and pragmatic, here the fully realised, volubly expressed personalities and world-views of the characters enrich what we come to understand about them.

The battles here are smaller-scale too: individual combats where Tchaikovsky’s understanding of hand-to-hand fighting (he studied broadsword styles) is used to exciting effect. What they lack in scale, the combats make up for in visceral detail. There’s enough blood to please fans of heroic fantasy – and adequate cynicism about so-called victory for readers of Grimdark too.

In the context of debates about appropriation, Tchaikovsky’s greatest achievement is to shake up earlier tropes of shape-shifting, sift elements from them, and re-shape those elements to serve his specific purposes as a writer. His wolves, for example, can incorporate the garments and weapons they carry as humans within their shifted animal skins, and this tips the balance in a not a few tight situations. Though those wolves, bears and crocodiles clearly had their starting-points in real societies and belief systems, they have now become wholly his creatures: fresh, magical and unique. That’s what creative writers do, and it’s a long, long way from the lazy appropriations Rowling’s “Native America” rests on.

Adrian Tchaikovsky, Africa, Appropriation, Fantasy, Harry Potter, Into the Out Of, J.K. Rowling, Native America, Race, Review, Shadows of the Apt, Star Wars, Stereotypes, The Tiger and the Wolf