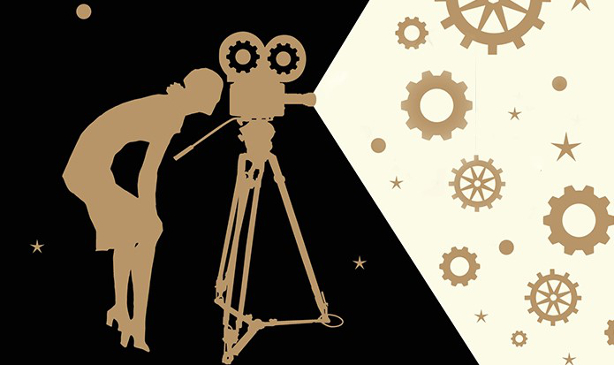 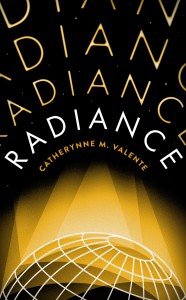 Catherynne Valente’s sprawling decopunk novel, set on and between ten planets including Earth, imagines a universe where space travel was perfected back in the 1850s, but where mass communications retained the narrative conventions and film-making techniques of Hollywood’s Golden Age, and where the nourishment of the space colonies depends entirely on the milk extracted from gigantic whale-like creatures found in the seas of Venus.

In 1944, documentary film-maker Severin Unck, herself the daughter of a world-famous director, travels to Venus to investigate the sudden disappearance of a small village of milk-divers three years earlier. She disappears; strange and terrible things happen to other members of the crew, and a small boy found wandering at the disaster site is rescued and brought up back on Earth. In the 1960s her father Percival Unck and his faithful amanuensis, Vincenza Mako, are still scripting, re-scripting and scripting once again their fragments of evidence into a tale of what happened to Severin.

That’s the launch-pad for the book, but it’s not what the book is about. The title tells us that: the book is about light and the history and language of movie-making: narratives and their tropes, illusions and effects, the shot, and the artificiality of endings. “Of course you never really finish any movie,” says Vincenza. “You just turn the camera off.”

Valente is the daughter of a film-maker, and the book provides a stage on which she can both pay tribute to the skill of crafting narratives, and to reflect on life lived under the constant gaze of the ‘big black eye’ and on the magical terrae incognitae of movie sets. Her raw materials are diaries, shipping records, radio dramas, news bulletins, the transcripts of interviews and the vapid editorials of gossip writers; her voices range from gumshoe noir to ingénue breathlessness. She builds dazzling sets that recreate the grey, ethanol-soaked, neon-lit streets of Uranus, the decadent, overgrown palaces of Pluto, and sea-wrapped Venus itself. Through this evidence and across these stages, she explores Severin’s origins and fate.

There is an answer, and it’s a surprisingly straight science-fictional one when it arrives, but Valente is constantly playing with us, never letting us forget that it is only one possible answer among many. Along the way, we become more interested in the stories that lead to them than in the answers that emerge. The identity of her protagonists is shaped by the narratives in which they place themselves; they become different people when displaced into different narratives – not only when they are actors playing roles, but in their equally constructed yet ostensibly real lives off-set.

Radiance is a visual and sensual feast for a reader, and in the main it’s the most enormous fun, particularly in her manipulation of those old movie tropes (“Being on time is a filthy habit practiced only by roosters and retirees,” growls her private dick.)

Occasionally, the excess of conceits starts to feel laboured in the writing, as in the exposition of a Venus where everything has been given an earth-analogue name – apricots, trout, orange juice, whales, cacao – and is then explained as “is not really a.., but a…”. But even here, Valente is having fun with us, because much of the business of movie illusions and effects is about creating convincing analogues that are “not really” the objects whose identities they assume. That science-fictional answer at the end could transform into a slightly more serious question –what happens to us when we spend our lives inhabiting a world of imposture, smoke and mirrors constructed by others? Do we, like Severin, eventually disappear?