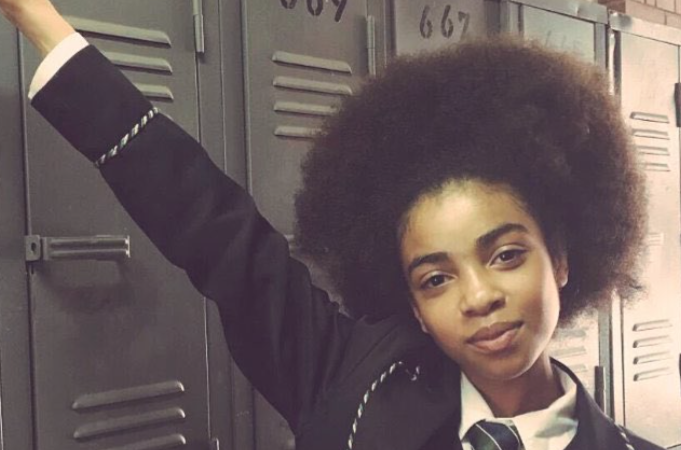 “I have never let my schooling interfere with my education.”

In an interview at the turn of the millennium Sylvia Wynter, the Jamaican dancer, writer and theorist, observed that for a social order to exist intellectuals must establish and legitimate “the categories in which this order sees itself and knows itself”.

But, crucially, “the subjects of order can never know the order as it really is. Rather, they must know it as it needs to be known . . .if you . . .belong to a subordinated group, you are necessarily going to be educated in the scholarly paradigm of the group who dominate you.”

The ontological split running through the modern world – the world created after the event of 1492 – is between those accorded the status of the fully human, and those to whom this status has been denied.

Imperialism, based on the strict policing of white hetronormativity, cemented the oppression of black people globally through the systematic denial of their humanity.

In her 1987 novel, Beloved, Toni Morrison wrote that for a black child “nothing in the world is more dangerous than a white schoolteacher.” Since the children of the colonised were first brought into colonial systems of education they have been taught that true learning, true excellence, requires their embracing of the ideologies that legitimate their subordination.

It has taken the courage of a 13-year-old girl from Pretoria, Zulaika Patel, to breach the normalisation of the idea that colonial schools offer a universal excellence that should be accepted without question. In the wake of the rebellion at Pretoria Girls High, so many of us have recounted our experiences of authoritarianism, and abuse, sexism and racism, in schools.

There has been a flood of often deeply painful personal testimony.

It is no accident that both previously all-black and all-white schools are authoritarian. They were both developed with the explicit purpose of sustaining an authoritarian society. And it is certainly no accident that previously all-white schools are saturated in racism and the rigid policing of sexuality – they were set up as colonial and apartheid projects with the express purpose of reproducing white male domination.

Although so many of us have experienced schooling as a form of subordination, rather than empowerment, we have endured, rather than confronted, domination.  As bell hooks points out: “Dominator culture has tried to keep us all afraid, to choose safety instead of risk, sameness instead of diversity.”

Last year students forged a breach in the colonial logic that has remained entrenched in many of our universities. This year schoolchildren  have done the same for our schools.

Like many post-colonial societies we did not give serious attention to the degree to which our institutions remained colonial.

We did not seriously consider how colonial power had sought to make racism a kind of common sense. We did not heed the calls for a new consciousness and a fundamental rethinking of institutions by thinkers like Frantz Fanon or Steve Biko.

The school, as we have come to know it, has its origins in the utilitarian ideas that emerged during the simultaneous rise of colonialism and capitalism.

The enclosure of the common lands in Europe meant that people had to be turned into disciplined populations.

The French theorist Michel Foucault compellingly argued that the European school, like the factory and the prison, was developed as an instrument of discipline. It aimed to prepare the child for labour and to accept a subordinate place in society.

Schools prepared boys for life in the factory, or the military, and girls for life in a strictly policed and curtailed domestic sphere.

The discipline imposed by the schooling system was not solely directed at the mind. The body had to be trained to respond to the bell as it would in a prison, the military or the factory. Girls were subject to intense forms of surveillance aimed at containing their sexuality. Violence was pervasive while intense religious indoctrination was also central to the project of training children to internalise forms of discipline that ran counter to their basic interests.

In the colonial world the plantation, rather than the factory, become the central form of production. Education was denied to slaves — teaching a slave to read was seen as a seditious act.

The American abolitionist and former slave, Frederick Douglass, recalled in his biography that when Mr Auld, the slave master, discovered that Mrs. Auld was teaching the young Douglass how to read he declared: “If you give a nigger an inch, he will take an ell. A nigger should know nothing but to obey his master—to do as he is told to do. Learning would spoil the best nigger in the world. Now,” said he, “if you teach that nigger (speaking of myself) how to read, there would be no keeping him. It would forever unfit him to be a slave. He would at once become unmanageable, and of no value to his master. As to himself, it could do him no good, but a great deal of harm. It would make him discontented and unhappy.”

When colonialism needed a class of collaborators among the colonised it offered a very particular form of education. In 1835 the English Education Act was adopted in India, giving Governor-General Lord William Bentinck the go-ahead to spend money on education. One of the key drafters of the legislation was Thomas Babington Macaulay who famously argued:

“We must at present do our best to form a class who may be interpreters between us and the millions whom we govern; a class of persons, Indian in blood and colour, but English in taste, in opinions, in morals, and in intellect. To that class we may leave it to refine the vernacular dialects of the country, to enrich those dialects with terms of science borrowed from the Western nomenclature, and to render them by degrees fit vehicles for conveying knowledge to the great mass of the population.”

The function of Bantu Education in South Africa was, precisely, to limit the aspirations of Africans and to restrict them to labour. White education under apartheid, Christian National Education, offered access to the skills necessary for social progress but it was also a semi-fascist project aimed at producing a disciplined population ready to take a privileged place in a brutal and authoritarian society.

The mass movements of the 1980s looked forward to ‘people’s education’ – an egalitarian and democratic vision. But, as with radical ideas about land and economics, these visions were quietly shelved in the 1990s.

As a result, former all-black schools remained sites of institutionalised inferiority and although former all-white schools are now opened to black learners their authoritarian and racist logic was not significantly challenged. Ideas like ‘tradition’ and the ‘reputation’ of the schools were used to sustain the status quo.

There have always been schools that have experimented with more democratic conceptions of education and there have also been novel anti-racist experiments.

There have also always been teachers who, striving against the grain, have done remarkable work.

There have also always been a myriad of ways children have found to survive deeply problematic schools, even thriving and growing, despite the general logic of their schools.

But over twenty years after the end of apartheid many of our children are still subject to deeply authoritarian forms of education. In previously all-white schools, racist ideas and practices  continue to be normalised and reproduced.

Many of our elite schools, which remain attractive to parents because they do a good job of getting children into the best universities, continue to hold onto Victorian notions of morality and respectability.

There are many forms of being respectable, and respectability in itself, is not the problem. The problem is that oppressive Victorian notions of respectability are deeply racialised and gendered. They dehumanise people, crush independence, and patholgise difference in their desire to create uniformity and obedience.

These are not forms of respectability based on the mutual recognition of all our humanity but, rather, on judgment. They sit in judgment of bodies, dress, language, religion, food, accents, sports, smells, culture, music, art and much more. This judgment amounts to an entire system of oppression that, as the testimonies that have been offered in the last few days have shown again and again, crush and oppress.

On 13 January 2015 Professor Lewis Gordon gave a talk on a Nairobi rooftop. It was the 90th anniversary of Fanon’s birth and Gordon began his remarks with the following observation:

“Fanon in a book called Year 5 of the Algerian Revolution (known in English as A Dying Colonialism) wrote – he said revolution is truth and that this truth is the oxygen through which we can establish a new humanity. So one of the issues we are facing all over the world, the reason why you have people everywhere talking about ‘black lives matter’ and ‘I can’t breathe’, along with the many other statements going around, is because, in fact all across this planet humanity is being asphyxiated. A lot of us are choking, a lot of us are reaching out for that oxygen, we are trying to breathe.”

What we are seeing across the world – from the beaches of France, to the prisons and streets of the United States, to our schools – is that people are saying enough! People everywhere, especially young women, are reaching for the oxygen to ignite the flames of change.

We want to be able to breathe on a French beach, on an America street and in a South African school. As Sojourner Truth said, “[i]f the first woman God ever made was strong enough to turn the world upside down all alone, these women together ought to be able to turn it back, and get it right side up again! And now they is asking to do it, the men better let them.”

There’s a new breach being forged in the order of domination.