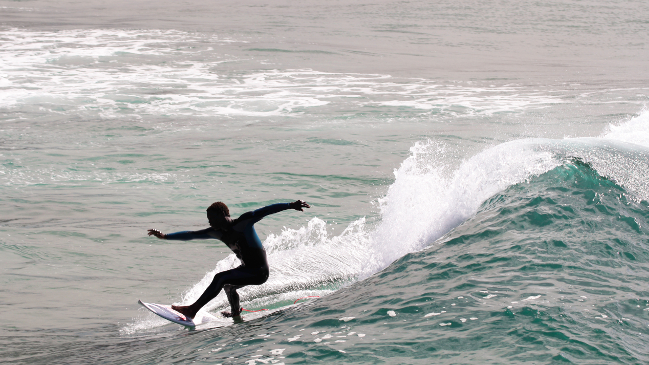 A few months ago I moved back to Durban after 12 years, having left at the green age of 17 to study in Cape Town and then Paris. I grew up in Nagina Township, a little Indian town and went to an ‘Indian’ school before transferring to a ‘white’ school post-1994. I remember feeling like I was straddling two worlds: the novel, multicultural one at school and the segregated Indian one at home. During my time away, I was very much aware of the academic bubble that I had safely encapsulated myself in: a racially and ethnically-diverse bubble of rational thinkers armed with a sound argument against any type of bigotry. On my holiday visits I would, perhaps unfairly, compare Durban to my bubble, and it always fell short with its casual racism and persistent segregation.

When I recently exchanged my Parisian academic bubble for the white-centric, middle-class suburban bubble that is Glenwood, Durban, I was somewhat apprehensive. An airport encounter with a friendly white woman who explained in hushed tones how nice it is to live on North Beach “because the Muslim owners keep the blacks out” did little to assuage my unease. I had forgotten how racist whites assume that Indians are allies in their anti-black racism, an assumption not without base if I am to be honest. The architects of apartheid had done well with their divide and conquer strategy, though it’s tempting to speculate that South African Indians also inherited some of their anti-black racism from India itself.

All that aside, I was happy to be back as a fresh PhD graduate with the luxury of choosing to take some time off to relax and to experience Durban while I explored my career options – ‘funemployment’ as us privileged lot like to hashtag it. My soul-searching was punctuated by daily yoga and surf lessons. With watching the neighbour hosing down the dog poo in a time of drought being my only daily frustration, I was living the middle-class dream. And in this dream, I was pleasantly surprised by the diversity not only at the local Woolies, but the beachfront too, taking much delight in hearing Zulu on the surfing line-up. In addition, I was proud to be the only Indian girl I’d seen out there, challenging stereotypes one wave at a time.

I was in for a rude awakening. Recently, while having a post-surf stroll on the promenade holding a skateboard under my arm, eager to add skating to the list of funemployment activities, I was approached by the quintessential surfer jock: long blonde hair, blue eyes, and a perfectly sculpted, golden tanned torso. A conversation that started with him asking to see my board quickly turned into him aggressively accusing me of being in possession of his stolen board. According to him, there was no way I could own a R4,000 skateboard despite my explanation to the contrary about it being my boyfriend’s board for over a year. After much insistence about my thievery, he left threatening to return with the police to take back HIS board.

I stood there feeling physically vulnerable, afraid, and furious at him, for obvious reasons, but also at myself

I stood there feeling physically vulnerable, afraid, and furious at him, for obvious reasons, but also at myself. I had played into his narrative by adding that my boyfriend is Danish, because obviously it would be more plausible for me to own such a board with a European blesser. Worse still, I reflexively thought that if he did return with the police, they would believe him over me because his testimony would count more than mine in a world where a person of colour is always a suspect. I immediately called my boyfriend, who advised me to go to the police and wait there for him, but the idea of doing that only exacerbated my anxiety given the appalling track record that our police have regarding the treatment of women. Having no other choice, I kept him on the phone while I reluctantly went to report the incident.

The policeman sympathetically told me that these things regularly happen, with white people accusing surfers (whose only crime is being black) of stealing boards. I was also told that I should understand that an Indian girl on a skateboard is a rare occurrence and because I was in a short dress and barefoot (i.e. did-not look like Avril Lavigne), I looked suspicious. Of course, I unleashed a barrage of anger at what seemed like a justification for what had happened and was happy to leave as soon as my boyfriend had arrived.

Weeks later, I’m still very emotional when recollecting the incident and am no longer comfortable about being on the beach alone. The violent masculinity of my accuser aside, the incident showed me that despite us having equal rights to any space, we are still treated like imposters in ‘nice’ South Africa. I have had many conversations and have read extensively about the plight of the black person in the professional world – of how despite traversing class lines, excelling academically, and speaking in the ‘right’ accent, subordination and whiteness reigns supreme. My experience gave me a little glimpse into what it must be like in that world.

The post-democracy Rainbow Nation euphoria has worn off, for me at least. Movements such as RhodesMustFall, and more recently StopRacismAtPretoriaGirlsHigh have done a sterling job in catalyzing national discourse on white privilege and the lived experiences of Black (in the Biko-esque sense) people. If Durban is anything to go by, many of these conversations that will hopefully lead to changes in our real-life interactions are still to be had.

Umeshree is just another overqualified, unemployed PhD graduate seeking a way to contribute meaningfully to the South African development space. She has just finished reading Zake Mda’s “Ways of Dying’’ and is looking for the next book recommendation. She’s not fussy though, a job offer would also do. View all posts by Umeshree Govender →