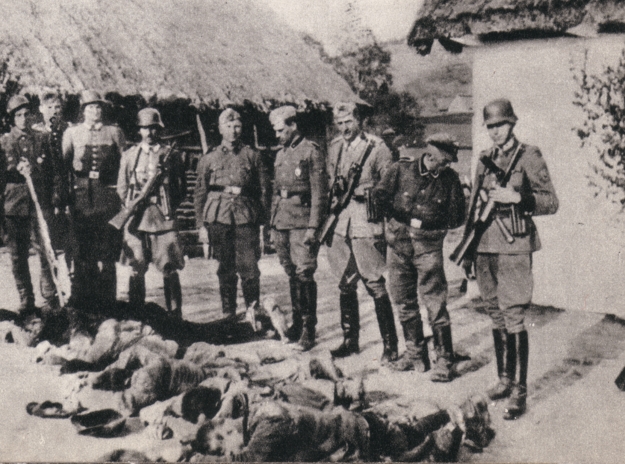 Anti-Semitic sentiments at Wits University appear to be more widespread than initially thought after explicit and violent graffiti appeared on campus this week.

While the Wits Student Representative Council (SRC) has condemned this incident and assured the media that Jewish students have no reason to fear for their safety, their statement is more than a little dispassionate considering the possible link between anti-Semitic attitudes and the #FeesMustFall movement.

Last year, then-SRC President Mcebo Dlamini expressed anti-Semitic views and his admiration for Adolf Hitler, and it isn’t a stretch to think that such a figure would influence the views of others at the university. However, it is puzzling as to why these views became present within the student movement.

At Wits, statements have been made concerning the “ownership” of the university, implying that it is under Jewish control. This is typical of anti-Semitic justifications. But these ideas have no foundation in South African decolonial thought; anti-Semitism lacks historical popularity or basis in the anti-Apartheid struggle. As Dr Vashna Jagarnath writes in the Daily Maverick, anti-Semitism arises out of European fascism and scapegoating Jews for the problems of the state and system.

Student movements in South Africa have very little space for European fascists to spill their views, so where did these ideas come from? And why do they appear to be gaining acceptance?

One of the possible explanations could be the close and historical link between South African student movements and the Palestinian liberation struggle.

Globally, the Palestinian struggle for freedom has become tainted with anti-Semitism.

A massive reason for this is because the once-secular Palestinian liberation movement has become conflated with Islam and Muslims. Many people around the world, especially young people today, don’t know that the Israel/Palestine conflict is not actually rooted in religious differences.

This conflation is problematic because many Muslims around the world, but especially in South Africa, are anti-Semitic. These attitudes arise out of the same twisted Qur’anic interpretations that have fuelled Islamist extremist campaigns globally, and obviously are not a representation of the religion itself.

However, the fact that South African Muslims, as a collective, tend to harbour and express anti-Semitic views cannot be hidden.

Another reason for the pro-Palestine movement becoming anti-Semitic is because of the role played by Boycott Divestment Sanctions -South Africa (BDS-SA), which is notorious for its latent anti-Semitic stance.

Many Palestinian activists play important roles within the #FeesMustFall campaign, evident in that every second student leader (Muslim or not) wears a keffiyeh.

That hideous anti-Semitism that is so prevalent in South African Muslim communities has spread through the pro-Palestinian movement into our student movements, and has created a whole branch of anti-Semitic student activists.

One of the results of the ‘leaderless’ and seemingly democratic structures of #FeesMustFall is that students are encouraged to learn from each other’s views. Often enough, they learn bigotry and chauvinism.

Anti-Semitism is unacceptable. I have used every negative adjective in my vocabulary to refer to it, and even that does not express the absolute malignity of what it represents.

Anti-Semitism in Muslim communities needs to be addressed by Muslims. Islamophobia in Jewish communities needs to be addressed by Jews. The global BDS and pro-Palestine movements need to reclaim the secularity from the toxic religious focus that has taken hold of them. And as South Africans, we must be very careful of allowing anti-Semitism to flourish in our country and in our movements.

A quick look at history shows us that using Jews as scapegoats for the problems in our system has devastating consequences. In the fight for free education and decolonisation, let us not let ancient forms of prejudice slip their way in. In the fight for radical social justice, let us stay committed to our principles of dignity and respect for all.

Main Photograph: Nazis stand over the bodies of Polish farmers in 1943

Mishka Wazar is a student journalist at the University Currently Known as Rhodes. She is a reporter for The Daily Vox and ActivateOnline. She is a militant. She is militantly against wrong. View all posts by Mishka Wazar →