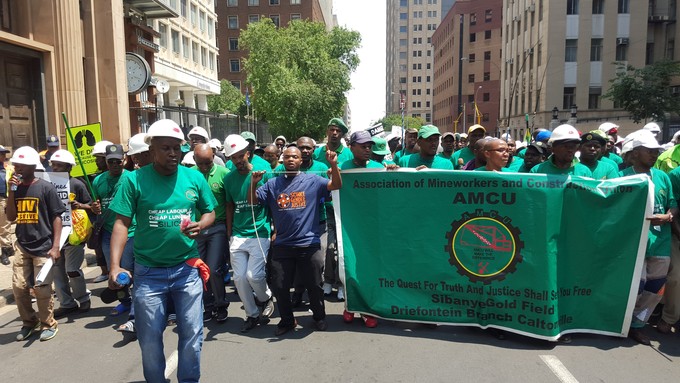 On October 21, filmmaker activist Rehad Desai released previously unseen footage that appears to further implicate the police in the massacre of 34 miners at Lonmin’s Marikana mine on August 16 2012. The footage, from Video Two, shows miners peacefully leaving the “big koppie” where they had been congregating everyday during the strike for […]